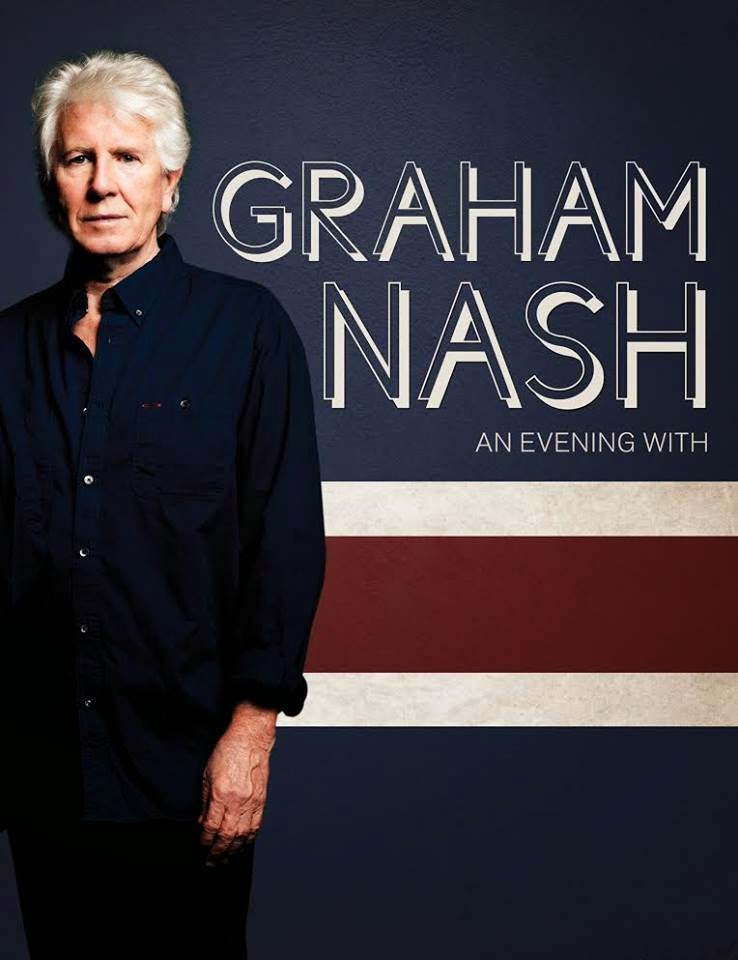 In a post here on April 16th, I announced April Anticipation—11 action-packed days in which CIMMfest, International Pop Overthrow, Lake FX Chicago, Record Store Day, and C2E2 would arrive in Chicago. I had hoped to offer previews of all those events, but was only able to cover International Pop Overthrow and Record Store Day. Oh well, I guess there’s always next year.

Graham Nash will be coming to town in a little over a week for a pair of gigs with David Crosby and Stephen Stills at the Chicago Theatre. Not too long after that, Nash will embark on a solo tour that will bring him to the Arcada Theatre in St. Charles on July 28th. Other dates include Cleveland, Seattle, Spokane, Kansas City, and Wichita.

Congratulations to David Bash and Red Line Tap on another successful run of International Pop Overthrow - Chicago. Justin Fielding, the Boston-based filmmaker who’s currently working on a documentary titled The Power Pop Movie, dropped by Red Line Tap for some of the showcases. While he was in town, Fielding also notched interviews with some of our best musicians, including Cliff Johnson, Mimi Betinis, Brad Elvis, Chloe F. Orwell, Chip Z’nuff, Bun E. Carlos, Ted Ansani, and Shoes. Here’s a suggestion I’m throwing out there: When Fielding has finished The Power Pop Movie, he should put together some screening/concert events in various cities with some of the acts that are featured in his documentary.

1-2-3, there goes Mr. Lee. Loyal WXRT listeners have long regarded the Chicago station’s air personalities as close friends. Especially the DJs who have been on the air since the days when vinyl records and turntables were the chief means of pumping out all that progressive rock. So it came as a shock when Chicago Tribune media columnist and blogger Robert Feder reported that afternoon DJ Frank E. Lee would be retiring on May 8th.

Like most of the XRT air staff, Lee eschewed the stereotypical DJ patter and came across as a real person. His easy-going approach and sense of humor enabled Lee to become the station’s go-to guy to fill in for other air personalities when they needed some time off. Hopefully, WXRT will hold some sort of public event in honor of Frank E. Lee’s years of service.

The Society Of Midland Authors will mark its 100th Anniversary with a full schedule of speakers this coming Saturday at the University Center at 525 S. State Street. Journalists Rick Kogan and June Sawyers; children’s authors  Blue Balliett and Ilene Cooper; and Uptown Poetry Slam founder Marc Kelly Smith are among those who will be appearing.

Burnside And Hooker performed a short acoustic set and mingled with members of the media at a private CD Release Party at Uncommon Ground/Greenstar Brewery this past Saturday night. The six-piece band’s All The Way To The Devil album comes out May 19th, and there will be a Release Party at The Double Door on May 22nd. “The Graveyard,” the first single from the new album, is a prime example of how Burnside And Hooker are taking a harder-edged, more experimental approach than they did on their more Country and Western oriented 2013 debut. Led by vocalist Rachel Bonacquisti, their set at Uncommon Ground incorporated elements of the blues, classical, and jazz, while remaining unpredictable at every turn.

Fans of 1960s and ‘70s rock will get a kick out of the Vintage Music Poster Show at Curly Tale Fine Art Gallery  at 16 W. Erie. The exhibit includes a framed illustrated ticket from a Cream concert, a Janis Joplin poster for her appearance at the Auditorium Theatre, and a Beatles poster from Japan. Admission is free, the exhibit runs through May 30th.
Posted by Terry Flamm at 10:27 PM