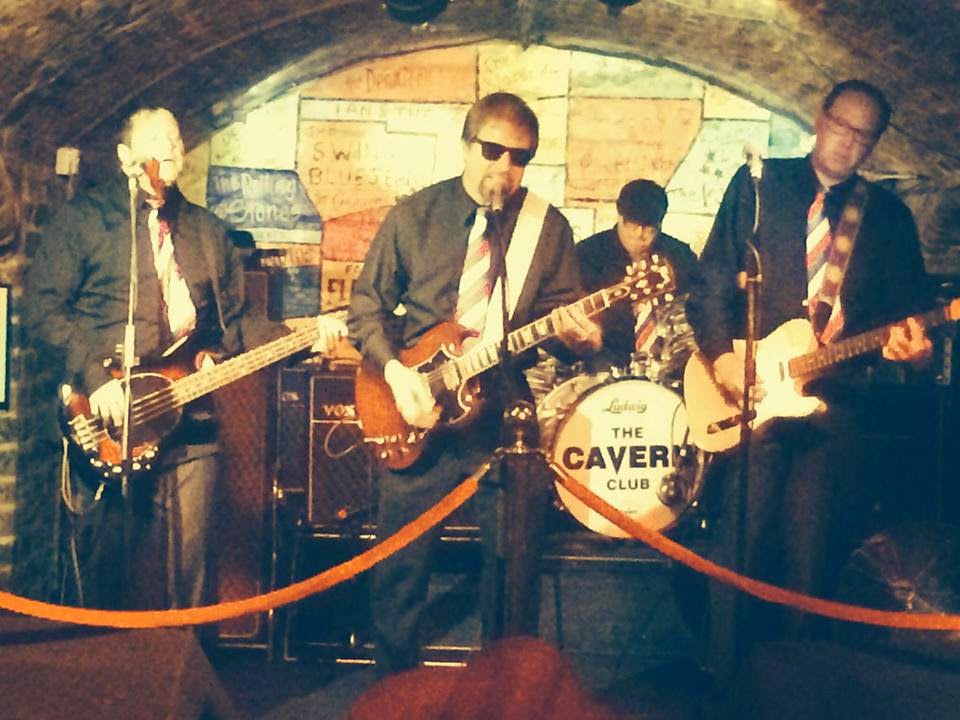 It’s an all-hometown showcase for the second night of International Pop Overthrow - Chicago at the Red Line Tap. There will definitely be some power pop music going on, along with some quirky and eclectic fare. The festival runs through next Saturday night, April 25th. Be sure to check out the official IPO site for the full schedule and any last-minute changes.

8:00 PM The Spindles Guitarist-vocalist Jeff Janulis of The Abbeys also works with this power pop band. The other members are bassist-guitarist Jerald Cross and drummer Duane Spindle. Influences include The Beatles, The Hollies, The Kinks, The Pretenders, and The Plimsouls. The Spindles’ melodic single “Young Heart” features Brad Elvis on drums and Bill Corston on bass.

8:45 PM Cooler By The Lake This group will put as many as nine musicians on stage and has been around for 20 years. Its repertoire draws influences from classic, punk, progressive and psychedelic rock, which explains why Cooler By The Lake has been able to open for a variety of major acts, including Molly Hatchett, The Fixx, Adam And The Ants and Asia. The band’s new album Summer’s Over comes out at the beginning of August.

9:30 PM Bob’s Your Uncle Formed in 1995, this quartet says it draws upon “no specific influences” while creating melodic original songs with harmony vocals.  Bob’s Your Uncle will have copies of its Xplod-i-mite CD available for sale and will no doubt be performing songs from it.

10:15 Food And Drug A coed indie rock band that describes its music as drawing inspiration from The Velvet Underground, The Pixies, and The Kinks.

11:00 PM Soft Candy Back from a two-year hiatus, this psychedelic garage pop band creates elaborate harmonies within 1960s style songs like “Song For Ellie Mae” and “Bixare Luv Pyramids.” The six-song Chelsea Boot +Violet Eyelids is the latest release from these catchy jokesters.

11:45 Rollo Time This power pop band’s 2010 CD, Victims Of The Crown was filled with catchy tunes like “’Til It All Comes Down.” Singer-songwriter Jon Raleigh was formerly with The Time Beings. Influences include Cheap Trick, Smashing Pumpkins, and Off Broadway.
Posted by Terry Flamm at 10:41 AM