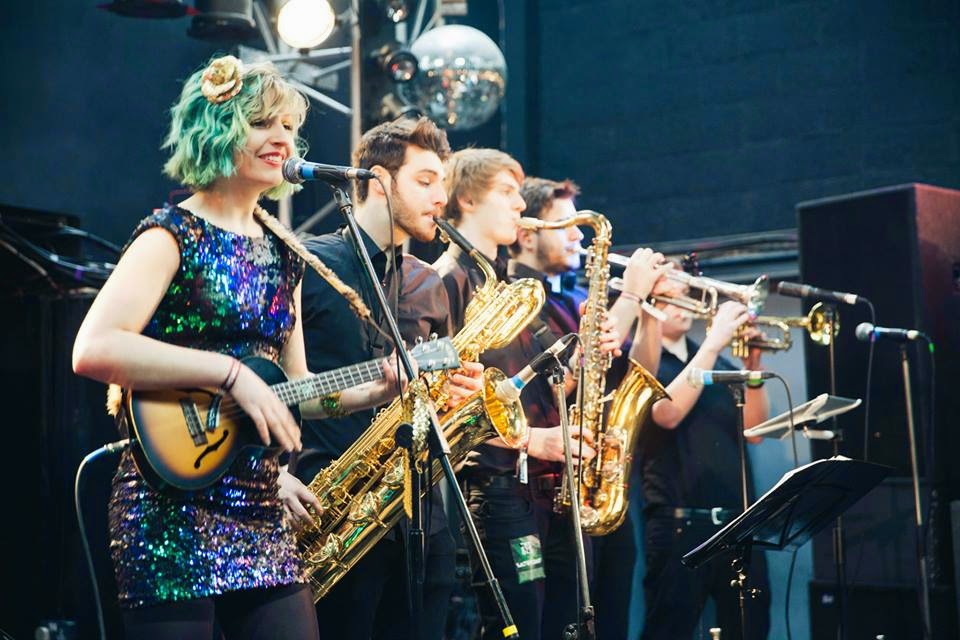 Singer-songwriter Chanel Samson traveled from her hometown of Los Angeles to Liverpool to study at Paul McCartney’s Performing Arts School, LIPA, but the songs on her The Beginning EP could have sprung from a Broadway musical. A warped Broadway musical, considering the subject matter Samson explores within these big production numbers. She and her collaborator, the multi-instrumentalist-singer Felix Hagan from Felix Hagan and the Family, have dubbed their approach Circus Rock; which turns out to be an apt description.

“FU Matthew (Radio Edit),” a barely censored blast at an ex-lover prone to breaking his promises, finds Samson utilizing various vocal styles throughout the song’s unpredictable tempo shifts. Her spoken intro to “Little Red Dot” feels a bit forced but the song itself mixes irresistible doo-wop vocals, playful horns, and good-time piano with funny lyrics about a gal anxiously awaiting the result of her home pregnancy test. “This Old Guy (Radio Edit)” offers another massive arrangement as the lyrics detail the hazards of dating a lecherous codger. “Worth The Gold” tends more toward rock and roll; building a Bruce Springsteen style energy while Samson tosses in the occasional “uh huh” you’d expect to find in a Katy Perry hit.

A visit to Chanel Samson’s website reveals that The Beginning is just the tip of the iceberg when it comes to her music. Other songs, like techno-oriented fantasy “Dried Fruit” and the punk rock environmental protest “Plant Killer” find her working in a more cutting-edge vein.
Posted by Terry Flamm at 3:28 PM