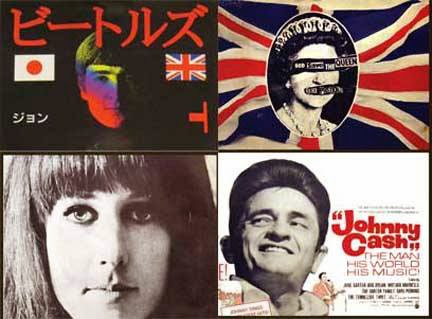 Here are a few bits that were left off yesterday’s Slumgullion due to my running out of time last night.

The Curly Tale Fine Art Gallery at 16 W. Erie Street in Chicago is having an opening night reception for its Vintage Music Poster Show on Friday, April 17th from 6:00 to 10 PM. Subtitled, “of the 60’s, 70’s, and other stuff we love,” the exhibit includes posters for The Sex Pistols, Johnny Cash, John Lennon, The Jimi Hendrix Experience, and Grace Slick. It runs through May 30th.

Locomotive Breath and a Freeway Jam. Tickets for the Chicago Theatre events Jethro Tull - The Rock Opera Performed By Ian Anderson on November 1st and Jeff Beck’s concert on May 21st are now on sale.

The Rolling Stones’ North American stadium ZIP CODE Tour will be stopping at Summerfest in Milwaukee on June 23rd. Other dates include Columbus, Minneapolis, Kansas City and Quebec.

Yesterday’s Slumgullion noted that Simon Townshend will be doing a solo show at Martyrs’ on Lincoln Avenue on May 12th, the day before he’ll be performing with his brother Pete and The Who at the Allstate Arena. According to a recent issue of Rolling Stone (the one with Ringo on the cover) this 50th Anniversary Who Tour will include rarely performed songs from the band’s early days.
Posted by Terry Flamm at 9:50 PM