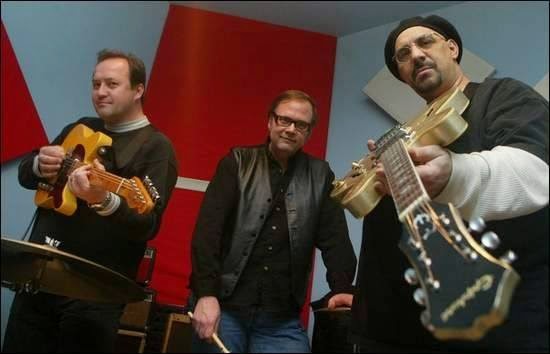 The Smithereens return to The Arcada Theatre in St. Charles tonight. Their last performance there was in October 2014 as part of a very fun 1980s showcase that also included The Romantics, Marshall Crensha, and Tommy Tutone. The format dictated that each act do a short set, but this time around, hopefully St. Charles will experience The Smithereens in all their power pop glory.

Matthew Sweet performed at a fundraising event last Saturday night at the 1200 Club in Omaha, NE before heading to the recording studio. Hopefully, that means a new album is on the way.

Cracker will be performing a Back To Baseball concert with The Shams band at The Cubby Bear in Wrigleyville tonight. In addition to hits like “Teen Angst (What The World Needs Now)” and “Low,” Cracker will likely be playing tracks from their new double album Berkeley to Bakersfield.

The Bangles have announced a series of springtime concerts taking place in California, Tennesse, and Atlanta. Some of the gigs, like the one at City Winery in Nashville on April 9th, will include a meet and greet. The Bangles played City Winery Chicago last July, but there’s no reason they can’t come back again this year. Actually, I was going to suggest that they headline my home town of Palatine’s annual Street Fest in August, much like The Smithereens did a few years back.

The locally produced documentary Nelson Algren: The End Is Nothing, The Road Is All will be shown at 3:00 PM tomorrow, April 4th at the Gene Siskel Theatre in downtown Chicago.

The WXRT Cubs Opener Broadcast: It’s not just for breakfast anymore. Usually when XRT DJ Lin Brehmer hosts his annual Opening Day Broadcast at the Yak-Zies bar with news anchor Mary Dixon and a lineup of bands, it kicks off at the crack of dawn. This year it starts at 4:00 PM, due to the unprecedented occurrence of the Cubs home opener being a night game. Rhett Miller from Old 97s, The Ting Tings, The Waco Brothers, and Ivan And Alyosha will be performing, along with Cubs broadcaster Len Casper and his band The Rosin Bags. Those who aren’t able to attend, can stream the event on the station’s website.

Veritas - A Rock ‘N’ Roll Story by Pete Quaife, a founding member of The Kinks, is now available from Avalard Publishing. Quaife started work on this semi-autobiographical book in the 1980s and finished just before passing away in 2010.

Best wishes to David Bash for a full recovery. He has reluctantly bowed out of hosting his traveling International Pop Overthrow festival’s visit to Detroit so he can get some much needed rest. Bash had a heart attack in January. He’s hoping to be back behind the IPO wheel when it arrives in Chicago on April 16th.

Steve Gerlach, a well-known figure on Chicago’s rock scene for his work with The Bad Examples and the David Bowie tribute band Sons Of The Silent Age, has a busy schedule coming up. He’ll be releasing a 10-song instrumental/cinematic/surf noir project as Outro Man and a full-length album with DEPRAVOS DE LA MOUR. Gerlach’s sci-fi band Tomorrow The Moon has a 14-song effort on the way that will will include “animated videos and psychelicious stereophonic flights of fancy” by Tom McKeon.

Best wishes to Joni Mitchell for a full recovery. The iconic singer-songwriter was recently found unconscious in her home and was rushed to the hospital. Her official Facebook page states, “She is currently in intensive care undergoing tests and is awake and in good spirits.”

And finally, I’d like to add my voice to all of those mourning Cynthia Lennon, who passed away after a battle with cancer. My deepest sympathy to Julian Lennon, her family, and friends.
Posted by Terry Flamm at 11:21 AM