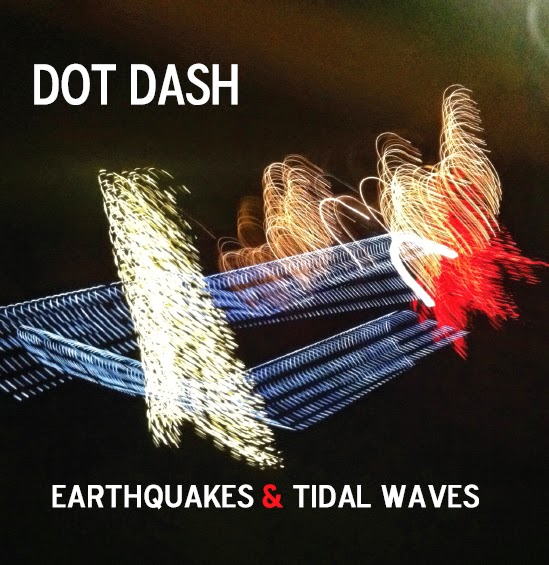 When Dot Dash formed in Washington, D.C. back in 2011, its four musicians were veterans of the indie rock scene whose new songs tapped into vintage punk. They perfected a more 1980s-influenced approach that evoked bands like Wire Train and Translator on their next two releases, and now Earthquakes And Tidal Waves finds them pushing their boundaries even further. The emphasis remains on crafting strong melodies, and lead singer-guitarist Terry Banks can still channel Joe Strummer and Paul Weller with his evocative vocals.

“Walls Closing In” kicks off with the energetic bass and drums of Hunter Bennett and Danny Ingram respectively, before Banks and Steve Hansgen cut loose with some Hendrix-influenced guitar playing. “Rainclouds” also sports a bigger guitar sound, but it’s used in a catchy power pop arrangement, along with spirited backup vocals. “Tatters” leans more toward mainstream rock while the final track “Sleep, Sleep” is slower and more introspective. Otherwise, Earthquakes And Tidal Waves is filled with classic, high energy Dot Dash material like “Transparent Disguise,” “Flowers,” and “The Winter Of Our Discontent.”
Posted by Terry Flamm at 10:08 PM