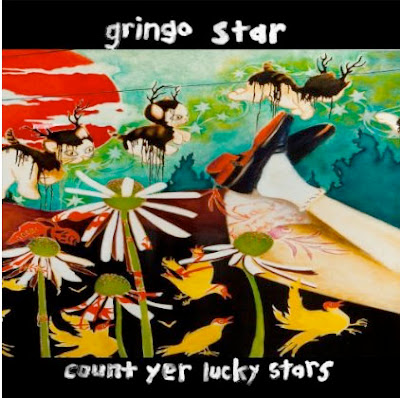 Bangles Fans Alert: Guitarist-vocalist Vicki Peterson has posted on Facebook and Twitter that she recently did a guest spot on the CBS show The Talk, and it could be airing as early as tomorrow, Friday, December 2nd. Not sure if it's just her or all of The Bangles who will be on the show.

A few years have passed since Gringo Star released its attention-grabbing debut, All Y’all, but the Atlanta-based quartet hasn’t lost the knack for crafting off-kilter power pop. Songwriters-guitarists Peter and Nicholas Furgiuele draw upon a number of sources, but seem most intent on reinventing the original British Invasion. Having all four members sing results in some adventurous vocal interplay on Count Yer Lucky Stars.

The first single, “Shadow” sounds like it was lifted from a Danny Elfman-composed soundtrack to a Tim Burton flick, with a trudging beat and ghostly wails. The title track and “Come Alive” groove to infectious, 1960s era arrangements, while drummer-guitarist Peter Delorenzo’s “Light In The Sky” gallops along with a cowboy twang. The big power pop sound of “Make You Mine,” sweetened with Beach Boys style harmonies, adds another dimension to this welcome return of Gringo Star.