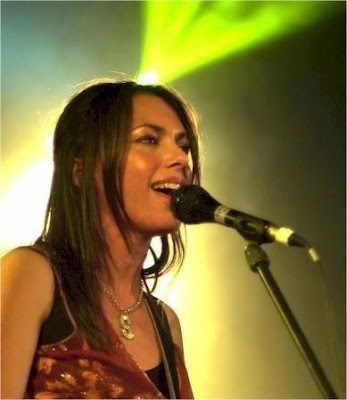 Best wishes for a safe and fun holiday weekend!

They won’t be giving out presents or singing Christmas carols, but Aaron Fox & The Reliables will be unwrapping new songs from a forthcoming CD during an acoustic show at the Uncommon Ground on Devon Avenue tonight. The power pop band will also be performing stripped down selections from its Late Too Soon CD. Show time is 9:00 PM, and there’s a $5 cover.

Susanna Hoffs of The Bangles has a melodic new song called “This Is The Place” that she’ll be performing at the 3rd Annual 30A Songwriter Festival in January. It’s an easy-going tribute to the South Walton area of Santa Rosa Beach, Florida, where the event is being held. Hoffs has a solo gig on a Friday night and The Bangles will join Matthew Sweet for an afternoon show on the following day. The 3rd Annual 30A Songwriter Festival runs from January 13 -15.

The Haymakers Reunion at Durty Nellie’s in Palatine on Sunday, February 26th has lined up The Hounds, Bitch, Pezband Allstars, Madfox, One Arm Bandit, and Tantrum for its celebration/remembrance of the popular 1970s-80s rock club. Ticket price is $15, and there will also be t shirts on sale for $10. Check out the Haymakers Facebook page for more information.

Former Off Broadway vocalist Cliff Johnson recently announced on Facebook that he’s forming a new band called JohnsonSleezer with veteran guitarist John Sleezer and bassist Gordon Patriarca. Other musicians will be added based on upcoming auditions. I’m not familiar with Sleezer, but I first met Patriarca when we were both scribes for a paper called Metro Calendar.

This was before he went on to a varied and successful career performing with the power pop bands The Trouts and The Hotheads; the Cajun flavored The Remainders; the controversial Stevie Starlite; guitar slinger Don Griffin, and the Celtic band The Chicago Rovers. It should be interesting to hear the results of his new collaboration with Johnson and Sleezer.