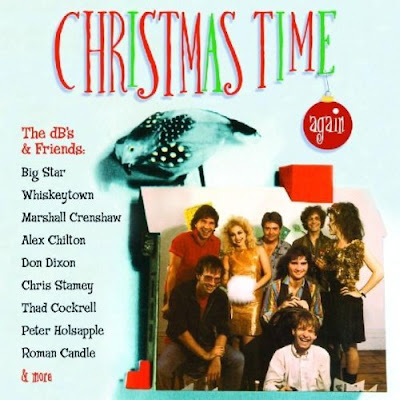 One last weekend of Posts Of Christmas Past. Hope everyone is enjoying a festive holiday.

Host Chris Stamey, a founding member of The dB’s, kicked things off with the catchy “Christmas Time.” Stamey also teamed up with vocalist-guitarist Wes Lachot for the wistful “Christmas Is The Only Time (I Think Of You)” and joined vocalist-keyboards player Cathy Harrington on the high-charged romance of “You’re What I Want For Christmas.” Harrington also entertained with her own festive song, “Sha La La.”

Vocalist-guitarist Peter Holsapple of The dB’s (and later a touring member of R.E.M.) served up a simple but beautiful “O Holy Night” while acoustic guitarist Brent Lambert’s “Silent Nocturne” was an instrumental take on “Silent Night.” Brent Lambert and Kirsten Lambert performed a low-key but engaging “Silver Bells,” and singer Syd Straw dished out holiday puns with her rendition of “(I’m Always Touched By Your) Presence, Dear.”

The dB’s sounded like they were having a blast during the recording of this CD, especially on the high-speed “Holiday Spirit” and a totally loopy take on “Feliz Navidad.” In 2006, an expanded version of Christmas Time was released, with additional tracks from Don Dixon, Marshall Crenshaw, and other artists.

Funny, a random forum post popped this album, and more notably, the NYC supporting show at the Fez, which spawned a post from me as well: http://fertanish.net/wp2011/?p=303