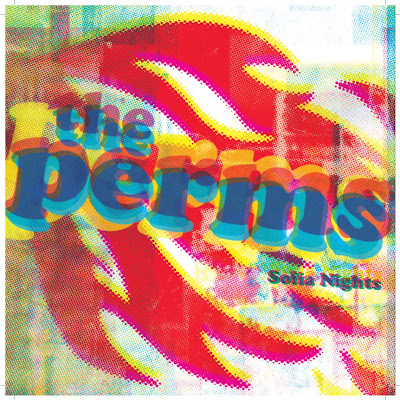 Sofia Nights is the fifth full-length effort from The Perms, a Canadian alt-rock trio that creates an impressive variety of songs built on strong melodies and the harmony vocals of bassist-vocalist Shane Smith and guitarist-vocalist Chad Smith. Drummer John Huver also plays an essential role in the band’s ability to crank up the energy at will. The lyrics cover a lot of ground as well, with the group’s satiric sense of humor often coming into play.

“High School High” is a fun look back at 1980s fads that’s set to a punchy, mid-tempo arrangement that evokes The Cars with help from guest keyboards player Shaun McDonald. As the first video from Sofia Nights, it finds The Perms working once again with director Jeff “Broms” Bromely. The breezy “You I’m Thinking Of” also taps into The Cars , while “Mannheim” is a sort of a whimsical rock anthem. Guest vocalist Desiree Smith adds some lighter harmonies to the Beatlesque “In No Time.” The Perms are most enjoyable cutting loose on power pop tunes like “Said And Done,” with its high Hollies harmonies, and “Over And Over,” which features some adventurous vocal interplay.