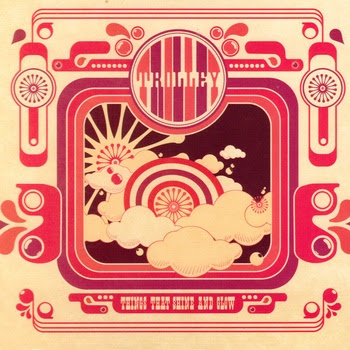 Most of the 14 songs on Trolley’s latest effort, Things That Shine And Glow depict guys who are either bewildered or frustrated by the women they encounter. Still, relationships are the only things that go wrong on this well-crafted CD, which carries on the best traditions of Midwestern power pop while tapping into the adventurous days of 1960s rock. Hard to believe this Milwaukee-based quartet has been around since 1995 without making a bigger splash on the music scene.

Bassist Terry Hackbarth, guitarist-keyboards player Mike Perette, and guitarist Paul J. Wall combine for inventive harmonies throughout the CD while drummer Nick Zahn drives the beat. The careening “I Woke Up” would have fit in perfectly with bands like The Lyres and The Chesterfield Kings on Rhino’s celebration of 1980s garage bands, Children Of Nuggets. “She’s The Kind Of Girl” has the same raw feel, while “The Calico Cat” sounds like Genesis transplanted back to the height of the psychedelic era.

The irresistibly catchy “In The End,” which laments a self-destructive girlfriend with lines like, “Even though you are my kind, Maybe you’re not such a find,” should strike a chord with Off Broadway fans. Trolley mimics the multi-faceted approach of The Beatles by offering the hard-edged “That Made Me Wanting You,” which echoes George Harrison, as well as tapping into Paul McCartney’s playful side on “Out Of Love.” The willingness to experiment on Things That Shine And Glow keeps listeners guessing - and entertained - from start to finish.