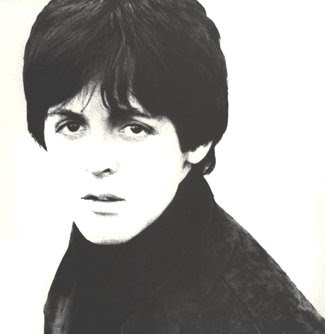 Here’s another concert highlight from the past year. Although I didn’t have a ticket to see Paul McCartney at Wrigley Field, I guessed correctly that I would be able to hear his performance if I hung around just outside the venue. This is as close as I’ve gotten to actually seeing a Beatle perform (unless you count Pete Best at the Fest For Beatles Fans in Chicago) and it was an unforgettable experience. Thanks, Mr. McCartney, for the magic.

As I wandered down Addison to Sheffield, I could hear the crowd inside cheering and McCartney playing “Hello Goodbye.” The sound quality was great. What a thrill to hear Paul McCartney performing a Beatles song in person. The people gathered on Sheffield were in high spirits, singing and dancing along with the music, chatting with friends, and sometimes just grinning at what they were experiencing. A father held hands with his two young daughters while they danced in a circle.

McCartney continued with a rousing version of “Junior’s Farm.” I could hear most of his comments between songs, and got chills when he called out, “Here’s one you may remember,” before launching into “All My Loving.” I could see a puzzle piece of the big screen inside the stadium from where I was standing, and from time to time, McCartney’s face would appear on it.

I wasn’t able to catch all of the anecdotes McCartney shared with the audience, but I heard bits about how thrilled he was to be playing at such a historical venue; a tribute to Jimi Hendrix that followed “Let Me Roll It”; and memories of playing guitar with George Harrison back in Liverpool. And the great songs kept coming. “Jet,” “Drive My Car,” “On The Night Before,” “Maybe I’m Amazed,” and “Paperback Writer” were all delivered via McCartney’s high energy performance. Even the more subtle tunes like “Long And Winding Road,” I Will,” and “Blackbird” drifted over the ivy-covered wall with perfect clarity.

When McCartney at one point asked, “Is that you screaming?” he could have talking to thousands of people in attendance.