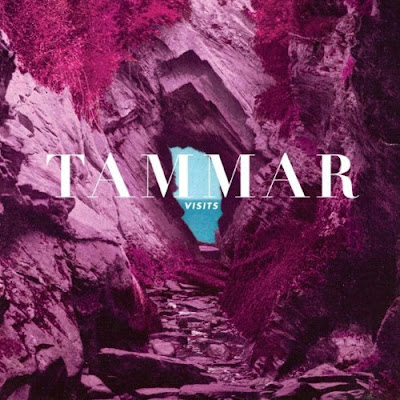 Visits, the full-length debut from Tammar follows a pair of vinyl EP’s, and finds the Bloomington, Indiana quintet mixing equal parts of R.E.M. and U2 from Murmur and Boy respectively. Dave Walter’s vocals drift like a ghost throughout the seven expansive tracks, and are for the most part impossible to decipher. What once worked for Michael Stipe is also successful here, along with Evan Whikehart’s shimmering guitar playing and a tribal beat supplied by drummer Sarah Wyatt Swanson and percussionist Josephine McRobbie.

A few of the tracks run a little long, especially when “Heavy Tonight” and “The Last Line” sound pretty much alike. The energetic “Summer Fun” has more of an indie rock vibe, and Tammar provides an exhilarating ride with the dark and melodic “Yung Jun.” Whikehart’s soaring guitar is in striking contrast to Ben Swanson’s spacey keyboards on the epic “Arrows Underwater,” while Walter’s almost whispered vocals add to the mystery of “Frost Meter” as it gradually builds power.