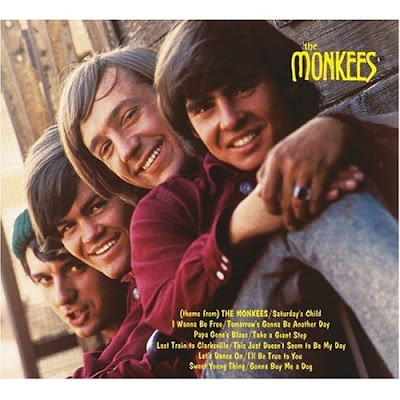 You can bid on an autographed one of these at the Rock For Kids Auction tonight.

Tomorrow The Moon, the sci-fi oriented band that includes Bad Examples guitarist Steve Gerlach, has a gig tonight at Martyrs’. They'll be playing some new songs as well as tracks from their debut EP The Dim, Distant Now, which will be officially released early next year. The Last Dark Show, Swearwords, and Vultures Are Lovebirds are also on the bill. Show time is 9:00PM.

WXRT air personalities Lin Brehmer and Marty Lennartz will co-host the 23rd Annual Rock For Kids Rock & Roll Auction at the Park West in Chicago tonight. The event never fails to assemble a fascinating bounty of memorabilia from musicians, athletes, and celebrities. This year, some of the items attendees can bid on include autographed guitars from Paul McCartney, Eric Clapton, Taylor Swift, and other artists; record albums signed by U2, Funkadelic, and The Monkees; autographed concert posters from numerous alt rock bands; a Monty Python poster signed by the troupe members; a Star Wars signed cast photo; and a James Bond poster signed by each of the actors who have played the iconic role.

Of course it will take more than pocket change to nab any of these items, but it’s fun to check them out even if you can’t afford them. Plus, the auction is like a party and it’s entertaining to witness some of the more ferocious bidding wars. There’s an opening reception from 6:00 to 7:00PM. Proceeds help provide music lessons for kids who would have no other way to afford it.

James Moeller and Carla Hayden of Black Forest Theatre are joining forces with the Celebrity Salon in Evanston for a Toys For Tots benefit tomorrow night from 7:00 to 11:30 PM. Moeller and Hayden will be performing with their band WhiteWolfSonicPrincess All Stars, and Moeller will also be rocking out as a member of The Telepaths. Other acts scheduled include The Rut, which is a musical offshoot of the Famous In The Future comedy group; Crocodile Children; Hannah Frank; Longbottom Leaf; and Kavus.

There will be the occasional holiday tune, plus covers of songs by The Monkees, Smashing Pumpkins, Warren Zevon, Bob Dylan, Nirvana. Grateful Dead, and other bands. It’s a BYOB event, and anyone who brings an unwrapped toy (no toy guns or stuffed animals) can get in for free. In related news, James Moeller announced on his jimmydumps/sunnyjimmy blog yesterday that WhiteWolfSonicPrincess has finished its new CD and plans to release it in the Spring of 2012.

On the recent PBS special Women Who Rock, Kathleen Hanna, formerly of the influential riot grrrl band Bikini Kill was shown addressing a class of young girls interested in becoming musicians. She might be pleased to know what’s been going on at the Lamplighter Inn’s Wednesday Open Mic Nights in Palatine. Young girls, as well as young boys are encouraged to hone their musical skills before a live audience in a supportive atmosphere that also features adult performers.

It’s all overseen by Lamplighter employee Rick Albright, who travels throughout the Inn’s upstairs room with his clipboard, making sure every act is ready to go on. This past Wednesday, a trio of boys called Arcade Days was playing energetic grunge rock. The five girl band Serendipity was also on the bill, mixing modern hits with Motown chestnuts by The Jackson Five and Ike & Tina Turner. Serendipity plays on regular basis at the Lamplighter Inn’s Open Mic Nights and exudes poise and confidence. The band is starting to catch on in the northwest suburbs and is now represented by NTD Management. Serendipity keyboards player-vocalist Liz Petitt also joined her parents John (guitarist-vocalist with the band This Is This) and Ruth for a rousing edition of “Expressway To Your Heart” by The Soul Survivors.

Smithereens lead vocalist-guitarist Pat DiNizio has printed up t shirts to commemorate the solo multi-media show he’s currently doing at The Rivieria in Las Vegas. Each limited edition, personally autographed Confessions Of A Rock Star shirt costs $20, plus $6 shipping and handling. Purchases can be made via PayPal, but since delivery can take from 4 to 6 weeks, you might not get it in time for that Smithereens fanatic on your Christmas list.

Power pop veteran Paul Collins recently noted on Facebook that The Kids Are The Same, the 1982 sophomore effort from The Paul Collins’ Beat will soon be re-released on Get Hip Records. The album features classic cuts “That’s What Life Is All About,” “Dreaming,” and “Crying Won’t Help.”

“The Basement” by the newly formed Green Beetles is the lead-off track on an Aussie various artists compilation called Rock Against Bullshit Volume 6 that’s being released today. The band, another international collaboration for Chicago area bassist-vocalist Herb Eimerman, also includes his fellow member of The Britannicas, vocalist-guitarist Joe Algeri.

Don’t look for Aaron Fox & The Reliables to play Christmas carols at their December 23rd gig at Uncommon Ground’s new location on Devon in Chicago. According to lead vocalist-guitarist Fox, the band will be performing stripped down versions of songs from its Late Too Soon CD as well as some new material. Aaron Fox & The Reliables plan to start recording their next CD in the near future; previews of the songs “Unpromised Land” and “What We Think” can be heard on their website.