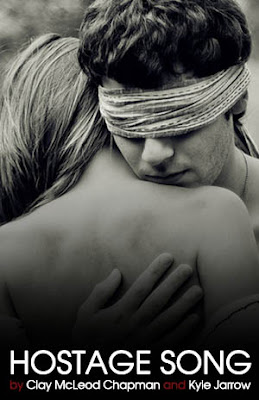 Unfortunately, Slumgullion is going to be a little slim this week, due to a hectic schedule that involved getting prepared for a garage sale, and taking part in a three-night market research survey about my wine-drinking habits. Hopefully, I’ll be able to add a few more items over the weekend.

The Palatine Street Festival kicks offs today. My picks are Ralph’s World for pint-sized power poppers, followed by the coed hip hop/urban contemporary cover band Your Villain My Hero on Saturday; and the catchy, clever pop of The Bad Examples on Sunday.

If you come to Palatine on Saturday morning or afternoon for the Street Fest, be sure to drop by my garage sale and say hello. I’m just down the street from the stage, at 35 East Slade.

Matt Dodge & The Lobsters, a young Minnesota band that impressed the crowd with songs like “Currency” and “Then We Die” at an International Pop Overthrow - Chicago showcase at the Abbey Pub two years back, is about to put out its second effort. The CD Release Party is on September 3rd at The Fine Line in Minneapolis.

Magatha Trysty will be the headliners for an extensive evening of indie rock and power pop, along with The Valley Downs, The Elements Of Style, Board Of Governors and Tiny Magnets at The Abbey Pub in Chicago on September 10th. The show starts at 8:00 PM, with a cover charge of $10 ($8 in advance).

The Second Disc online newsletter, which every fan of vintage rock and pop music should subscribe to, recently announced that Rhino Records has released an extremely limited edition of The Monkees’ mind-altering Head album on clear vinyl. The first 500 orders will also include a 7” single of of the tracks “Circle Sky (Live)” and “Can You Dig It (Mono Mix).” The Second Disc suggests fans act quickly because this rarity is sure to sell out.

Signal Ensemble Theatre, which has been making a name for itself with cutting-edge productions like The Rolling Stones-based musical Aftermath, recently announced the sale of subscriptions for its 9th anniversary season. The program includes discounted tickets and special benefits like behind-the-scenes previews and meet and greet opportunities with the cast and design team. Signal Ensemble Theatre will the present the Chicago premiere of Hostage Song, an indie rock musical, as part of its 2011-12 season.