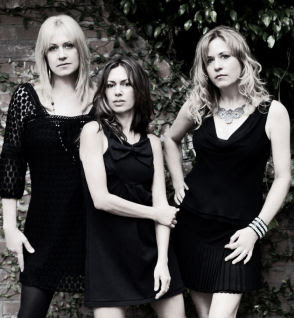 Lollapalooza has returned to the windy city, and for those who can’t physically be there, WXRT will be focusing on the festivities all weekend. The Chicago alt rock radio station promises live reports from air personality Marty Lennartz, and all kinds of exclusive backstage features. Throughout the weekend, other disc jockeys will offer their reflections on attending Lollapalooza over the past 20 years. Tomorrow morning, the always entertaining weekly show Saturday Morning Flashback and its host Wendy Rice travel back to 1991, the year of Lollapalooza’s birth. People out of the Chicago area can listen to WXRT through the station’s website.

Lollapalooza and The Fest For Beatles Fans often fall on the same weekend in Chicago, prompting some people to dub the latter as a Baby Boomer alternative to the hip kids frolicking in Grant Park. But any celebration of John, Paul, George, and Ringo draws a multi-generational audience, and The Fest For Beatles Fans is no exception. It kicks off today at 5:00 PM and runs through midnight on Sunday. WXRT air personality Terri Hemmert, who hosts the weekly Breakfast With The Beatles show in addition to her daily mid-morning time slot, is once again serving as The Fest’s Master Of Ceremonies. She’s also a gifted interviewer, combining the enthusiasm of a true fan with the knowledge of a professional.

The affable humorist/writer Martin Lewis will also be on hand, hopefully conducting one of his musicians’ forums, and spinning tales from his work with various celebrities. This year’s guests, some of whom Hemmert or Lewis will be chatting with, include Peter Asher of Peter & Gordon, Joey Molland of Badfinger, former Wings guitarist Henry McCullough, and musician/producer Mark Hudson. Liverpool, a Beatles tribute band that doesn’t try to look like the original musicians, but does a bang-up job of playing their songs, will perform in concert Saturday and Sunday nights. See the Fest For Beatles Fans site for a full list of the activities that will be going on throughout the weekend.

The Palatine Park District wraps up its Sounds Of Summer 2011 series tonight with Jimmy Sohns’ Rock N Roll Side Show at 8:00 PM at the Fred P. Hall Amphitheater. Sohns was the lead vocalist for Shadows Of Knight, the Chicago-based 1960s band that’s still revered in garage rock circles for its gritty take on “Gloria.” He’ll be joined tonight by Shadows Of Knight guitarist Mike Gotshall and vocalist-keyboards player Cindy Gotshall. The Palatine Park District is distributing surveys about which bands residents would like to see next summer. I wrote down several musical acts, as well as the suggestion that the Sounds Of Summer series extend beyond the first week of August.

Those of us who prefer the more energetic side of The Bangles will definitely get a kick out of their cover of “Open My Eyes” the garage rock classic originally done by Todd Rundgren’s Nazz. A sample of “Open My Eyes,” along with five other songs, can be heard on the Model Music Group website. An article accompanying the tracks describes the Debbi Peterson penned “Ball N Chain,” which is not yet available for preview, as a “high-revving agro kiss-off.” The Bangles’ new CD, Sweetheart Of The Sun, is scheduled for release on September 13th.

A few weeks back, I mentioned Hugh Hart’s House Of Imaginary Hits project, where he works with graphic designer Sean Hartter to create real songs for nonexistent bands and albums. Recently, the musician/journalist added to his collection with “They Just Keep Coming On (Bullshit Shuffle),” a political satire about the ongoing struggles in Washington, D.C. to agree on a budget. Written by Hart and featuring guitarist John Rice, the song has an amiable, Neil Young Harvest era arrangement and clever but biting wordplay like, “Kids are starving while they bitch and bargain gutting my future on a whim” and “Highways crumble while they act all humble, stuffing their pockets on the sly.” This newest track from Hart features Jim Lo Scalzo’s black and white photo of bureaucrats coming and going.

The Hollywood Walk Of Fame in Los Angeles goes New Wave on August 11th when The Go-Go’s get a well-deserved star to commemorate the 30th anniversary of the release of their still vibrant debut, Beauty & The Beat. The honor comes just under a week before the band plays a major gig at the Greek Theater.

Following in the footsteps of Celtic acts like The Chieftans and James Galway, the all woman band Cherish The Ladies explore the connections between traditional Irish music and American bluegrass on their latest CD, Country Crossroads - The Nashville Sessions.

The new disc comes as the group, which has had an ever-changing lineup over the years, marks its 25 anniversary. Deidre Connolly, who sang lead on Cherish The Ladies 2001 release The Girls Won’t Leave The Boys Alone and has toured with them recently, is on hand for this latest effort, along with former members Eileen Ivers, Liz Carroll, Maura O’Connell, and Liz Knowles. Other guests include Country & Western stars Vince Gill and Nanci Griffith, along with a number of well-known session musicians.

In other CTL news, Joanie Madden, the band’s very funny and talented founding member, recently received The Ellis Island Medal Of Honor Award for her many contributions to Irish music and dance.