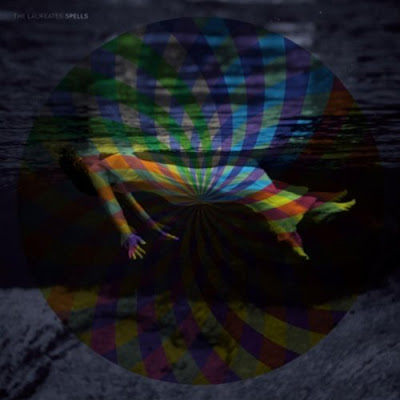 The Laureates might have an elitist name but there’s no denying they elevate the art of garage rock on their second full-length CD. The 10 songs on Spells only take up a little over a half hour, but none of them feel short-changed. Well-crafted arrangements frequently burst into instrumental passages featuring the Chicago-based band’s intriguing blend of guitar styles.

Recorded during a year when The Laureates were also releasing a cover tune each month on their website, the CD often harks back to the original British Invasion. The social satire of “Life Of Leisure” evokes The Kinks while “Changes, ETC” exerts the power of The Who. Lead singer Chad Preston doesn’t vary his approach much, but the band backs him with ethereal harmonies, and his talky, melancholy vocals are well-suited to songs’ off kilter lyrics. “Robbers,” a tale of homicidal thieves, is set to a Beatlesque arrangement, while the mutual paranoia of “Monitor Me” bristles with punk intensity. Already critically acclaimed for their debut, There Are No More Gentlemen, The Laureates have beaten the sophomore jinx in style.