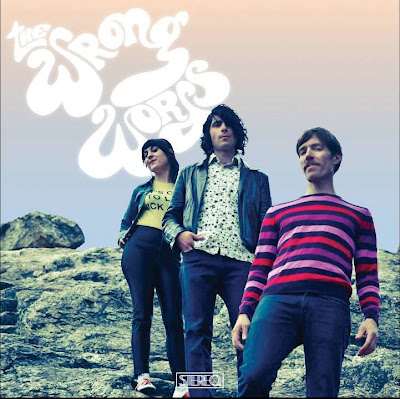 Lollapalooza, which has now been around for two decades, returns to Chicago this weekend. In addition to the numerous acts scheduled to perform in Grant Park from Friday through Sunday, there are aftershows scheduled in clubs around the city. Radio station WXRT just announced this morning that The Foo Fighters will be performing at Metro Saturday night. The tickets are now available, but they’re being sold through the WXRT website, not at Metro. There is a two-ticket limit per person.

By the way, I once lent a Foo Fighters CD to my 10-year old nephew. He’s 25 now and he still hasn’t given it back. With interest figured in, I think he owes me a ticket to Lollapalooza.

Anyway, here’s an unrelated CD review I wrote earlier this year for the Illinois Entertainer.

The cover art for The Wrong Words’ latest effort evokes the original psychedelic era, but their rowdy mix of punk and power pop would fit in perfectly on the Rhino compilation of latter day DIY bands, Children Of Nuggets. The San Francisco based trio comes across like a runaway train right from the first track, and singer-guitarist Josh Miller’s knack for strong melodies keeps things interesting. The chaotic approach often makes Miller’s lyrics hard to understand, which is kind of a drawback for a band whose MySpace profile lists its genre as comedy.

Miller sings about being bored with the day-to-day grind of going to work on the energetic “Tonight, Tonight,” while most of the other rapid-fire tracks deal with the ups and downs of relationships. “Lie Detector” and “Everything Is Different Now” have that fuzzy, performing in the garage feel, while the freewheeling “Just The Right Place” calls to mind Supergrass. The Wrong Words don’t offer much variety, and it’s likely many of Miller’s jokes will zip past most listeners. Still, when the band's romping through the Ramones-like “Say Goodbye,” it’s easy to join in on the fun.