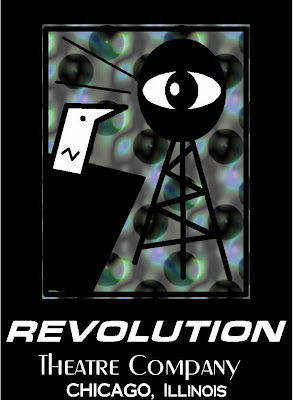 Here’s the Sunday, August 21st schedule for Abbie Hoffman Died For Our Sins XXIII, which is being held at the Mary-Arrchie Theatre this weekend. I added information I found through Internet research, or based on shows that I’ve seen in the past.

9:00 a.m. Fear and Loathing In Las Vegas by Hunter S. Thompson adapted by Fred Husar -Theatre O Th Absurd Company Formerly with Dreadful Engines, Husar is another Abbie Fest regular who can be counted on for an interesting show. Here he’s adapted the infamous Rolling Stone scribe’s book for a funny, character-driven play.

10:00 a.m. Tai Chi with Daniel Guidara Guidara is a patient and knowledgeable instructor. An interesting way to kick off Day 3 of The Abbie Fest.

11:30 a.m. Wild Dogs by Matt Borczon - Mary-Arrchie Theatre Co. This comedy/drama is a showcase for Rich Cotovsky’s in-your-face acting style. A deranged loner and an uptight businessman who was recently thrown out by his wife become uneasy allies after a bout of heavy drinking and fighting.

12:00 p.m. Readings from Run Run Run by Jack Hoffman In the past, audience members have been asked to come onstage and take part in the readings.

12:30 p.m. Flagellating The Boss by Crystal Jackson and Nathalie Magri - Revolution Theatre Co. A trio of employees plot revenge against their abusive boss.

3:15 p.m. Some Air, A Sneak Peek - Nothing Without a Company A preview of Anya Clingman’s musical based on an average people who fear they’re going nowhere in life.

4:00 p.m. L’il Howlin Wolf Veteran blues singer takes a down and dirty approach to performing. Not for kids or the easily offended.

6:45 p.m. My Life With The Shawnee by Steve Evans - Trained Monkey Productions

9:50 p.m. Rover From Dover by Joe Janes - Mary-Arrchie Theatre Co. Part of Janes’s (The Best Of) 50 Plays series of 10-minute plays which The Reader described as “by turns they are silly, bizarre, violent and provocative.”

12:00 a.m. Closing Ceremonies featuring Richard Cotovsky as Abbie Hoffman In character as Hoffman, Cotovsky bids farewell to the audience for another year. The solemn but funny ritual often involves cast members from Mary-Arrchie and other groups as Hoffman is entombed to the strains of The Doors’ “The End.” Festival regulars view attending this finale as a badge of honor.