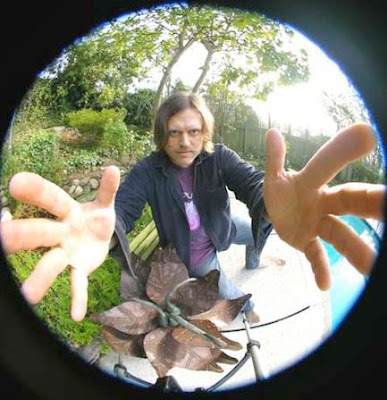 Get Me To The World On Time. As I’m writing this, a multitude of self-professed geeks are chatting with celebrities and snapping up comic books, t shirts, and action figures at Wizard World Chicago Comic Con at the Donald E. Stephens Convention Center in Rosemont. The annual convention kicked off yesterday, and will run through Sunday. The Chicago version doesn’t pack the A-List wallop of the famous Comic Con in San Diego, but it’s always fun to see the assorted guests, rows of merchandise, and of course, all the fans dressed up as their favorite heroes. Some of the of the celebrities appearing at Wizard World Chicago Comic Con this weekend include Patrick Stewart, James Marsters, Vivica A. Fox, Tia Carrere, and Christopher Lloyd (the actor, not the producer). The Artists Alley, where indie comic creators hawk their work, is another highlight of this multi-faceted event. Be sure to bring a camera. Tickets are $35.

A Spooky Little Girl Like You. Rolling Stone online has a bit of a preview of Matthew Sweet’s new CD, Modern Art. The catchy and mysterious pop tune “She Walks The Night,” which Sweet told the magazine is about a female ghost, is now available for streaming.

It’s The Time Of The Season For Touring. The Zombies marked their 50th Anniversary a few months back by releasing Breathe Out, Breathe In, a CD with all new material. This Fall they’ll be on a major tour that includes dates in Canada, the U.S., and England. The Consequence Of Sound website has the full schedule, which unfortunately, doesn’t include a visit to Chicago.

Nevermind In Palatine. Durty Nellie’s will rock to the sounds of vintage grunge rock tomorrow night as The Legacy of Seattle pays homage to Nirvana, Pearl Jam, and Alice In Chains. This is a live concert although how many bands or musicians are involved is anyone’s guess. The websites for Durty Nellie’s and Legacy Of Seattle don’t offer much information. Still, for $6, it’s worth checking out. Show time is 9:30.

Elsewhere On The Grunge Front. The Second Disc online newsletter is reporting that Columbia will be releasing a 2-CD soundtrack, complete with rarities, for Cameron Crowe’s Pearl Jam Twenty documentary. No exact date yet on when it will drop.

Vote For Mimi And He'll Set You Free. Singer-guitarist Mimi Betinis of Pezband fame is currently in a contest being held on the Facebook page for The Indie, an organization that promotes indie musicians. To vote for Betinis, find The Indie page on Facebook, give it a Like, and then click his photo.

Power Pop For Howdy Pardners. International Pop Overthrow is wrapping up a two week stay in Los Angeles, the city of its birth. There's one showcase tonight and two tomorrow at the oddly named Fais Do Do club. Tomorrow afternoon’s showcase, which kicks off at 1:00 PM, is open to All-Ages. IPO will then move on to San Francisco, Seattle, Vancouver, and its first ever visits to Austin and Dallas. The schedules for the Texas locations aren’t online yet, so it’s too soon to know if veteran punker Dave Rave will continue his run of being the only person other than founder David Bash to appear at every stop on the IPO tour.

Phil In An Uncommon Place. Singer-guitarist Phil Angotti will be playing songs from his impressive People And Places CD, along with some new tunes, next Thursday, August 18th at Uncommon Ground on Chicago’s north side. Tommi Zender will be his special guest.

Heart In The Hall. Ann and Nancy Wilson from Heart will drop by the Rock and Roll Hall of Fame in Cleveland on August 23rd to be part of the museum’s Legends Series. The sisters will be interviewed by Vice President of Education and Public Programs Dr. Lauren Onkey, and then perform an acoustic set. The event, which takes place at 7:00 PM, is free with a reservation that can be secured by sending an email to edu@rockhall.org or calling 216-515-8426. Out-of-towners can stream the interview and performance live at The Rock And Roll Hall Of Fame online.