Songs For Halloween: Bed Of Roses - “The Attic That Is My Mind” 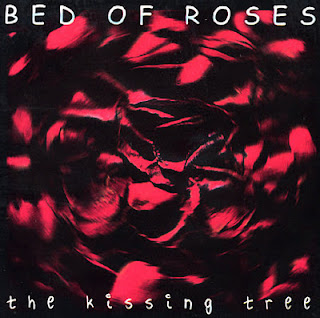 Back in the 1990s, keyboards player Preston Klik had so many projects going, I once noted in a CD review that if Lon Chaney was The Man Of A Thousand Faces, Klik was the Man Of A Thousand Bands. In 1998, he gathered a bunch of musicians together under the moniker Bed Of Roses to record The Kissing Tree. On the Klik-run DivaNation website,  the CD is described as “cinematic and emotional,” and as “the soundtrack to an imaginary movie.”

The strangely unnerving “The Attic That Is My Mind,” would have worked perfectly with an Alfred Hitchcock or Tim Burton flick. This seven-minute instrumental creeps along with Klik on piano and samples, Fareed Haque on sitar and guitar, Sean Wolfe on guitar and something called noise tables, and Laura Good from The Twigs on cello. The fractured orchestral arrangement alternates between beautiful and macabre, while disembodied voices emerge from the shadows. From time to time, high-pitched sounds skitter like bats across this mental upstairs room. Without the use of a single word, “The Attic That Is My Mind” succeeds in conjuring something truly spooky.

Back in the days when I was a member of the Famous In The Future comedy group, we used “The Attic That Is My Mind” to add ambience to a Twilight Zone style skit I wrote about an elderly woman who collected life-like dolls and pretended they were the family members she never had. We spent a good deal of time rehearsing in order to synch the creepier moments of the sketch to coincide with the dramatic twists and turns of this off-kilter composition.

These days, Preston Klik has much more peaceful intentions for the exotic music he creates.
Posted by Terry Flamm at 10:03 PM