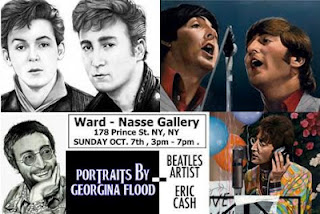 Today marks 16 years of marital bliss with my wife Pam. Setting up this blog in 2009 was just one of the many wonderful, thoughtful things she has done for me. We just got back from having dinner at Olive Garden, so Slumgullion will be a little short this week. Happy Anniversary, Sweeeeeeeeetie!

Local trio This Is This, whose latest CD, The Hours, The Minutes And The Days was recently reviewed here, have a live gig tomorrow night at the Salt Creek bar in Brookfield, IL tomorrow night.

I sent an email to Hollies drummer Bobby Elliott with a link to my recent BHT review of the band’s Radio Fun compilation of live performances on the BBC. Mr. Elliott kindly responded with a thank you, and mentioned that The Hollies are currently wrapping up work on a new live CD they plan to release in 2013. They’ll also continue to tour throughout Europe.

The high energy and frequently funny English trio The Mobbs have a gig tomorrow at The Lamplighter in Northampton. That’s in the UK, and not the Lamplighter’s bar in my hometown of Palatine. Drat!

Dot Dot Dot has performed around the country, as well as at every single street fair in the Chicago area. (I think.) But this always entertaining alt-rock band returns to its Palatine home base for an 11:00 PM show next Friday at Durty Nellie’s in Palatine. Admission is $7.00.

Wish I could be in New York for this shindig: Artists Eric Cash and Georgina Flood will be presenting their splendid portraits of The Beatles at the Ward - Naase Gallery on 178 Prince Street on Sunday, October 7th, from 3:00 to 7:00 PM. Pat Dinizio of The Smithereens will be performing with his Beatles tribute band, The Scotch Plainsmen. Dinizio noted on Facebook that this will be one of two Yoko Ono sponsored gallery events. I’m not sure what the other one is.

Just when everyone else is planning their Octoberfest celebrations, those rebellious souls of Black Forest - - Carla Hayden and James Moeller - - are putting together The Summer Of Love Show! The multi-act show is set for Curt’s Cafe in Evanston on October 13th.

Several guests will be performing songs from 1967. Artists being covered include The Beatles, The Rolling Stones, Bee Gees, Youngblooods, Bob Dylan, Velvet Underground, Pink Floyd, The Monkees, The Doors, Simon and Garfunkel, Procal Harum, Jefferson Airplane, Cream, The Who, Box Tops, Aretha Franklin, Van Morrison, and Smokey And The Miracles.

Recently, Moeller reflected on his entertaining blog JimmyDumps/Sunny Jimmy on whether he and Hayden’s band, Whitewolfsonicprincess should cover The Left Banke’s “Walk Away Renee.” He’s thinking of doing a spare, haunting arrangement of the 1960s hit. Sounds intriguing. This event is free, and you’ll probably love it.

I’ve been reading Ann and Nancy Wilson’s new book, Kicking And Dreaming in preparation for an upcoming review here on BHT. They too were fascinated with “Walk Away Renee.” It was one of the first songs they learned to play as as kids.

Here’s another worthy entry in the growing competition for things to do on the upcoming Halloween weekend. Archie Powell and The Exports have a gig at Subterranean on Saturday, October 27th. The Chicago-based band’s bitter, funny, and relentlessly melodic Great Ideas In Action is still one of my favorite releases of 2012. Advance tickets are $10, the show starts at 9:00 PM.

I had a fun time a few weeks back at the Mary-Arrchie Theatre's post Abbie Hoffman Fest/fundraiser bash. Mary-Arrchie is currently performing Sam Shepard's Geography Of A Horse Dreamer at its Angel Island space on Sheridan Road. The show, directed by Carlo Lorenzi Garcia, runs though October 22nd.
Posted by Terry Flamm at 10:54 PM