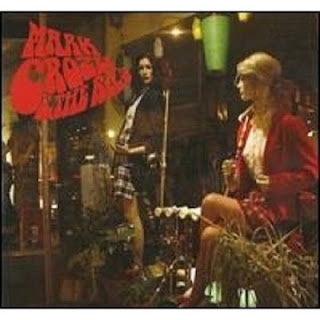 It’s a safe bet that singer and multi-instrumentalist Mark Crozer was in a good mood while recording this self-titled debut with his new band, The Rels. A former member of International Jetsetters, as well as a later incarnation of Jesus And Mary Chain, Crozer has an appealing voice and a knack for crafting fetching melodies built on ringing guitars. The result is a nearly flawless collection of 15 power pop songs.

In addition to happy thoughts, Crozer concentrates on an easy-going 1960s vibe. A line like, “You bring a little honey into the hive when you arrive” might be gag-worthy under other circumstances, but couched in the delicate romance of “Sunshine,” it somehow seems okay. “Let’s Go To The Moon” celebrates love and the joy of maintaining a childlike sense of imagination, while “You Are A Light” is an acoustic-based valentine. On “Just Another Day,” Crozer concedes there are troubling things in the world, but maintains that they can be overcome.

A bit of gloom slips into the guilt-ridden ballad, “What A Fool I’ve Been,” in which a guy isn’t really sure why he broke off a relationship, and there's an underlying sense of jealousy and loneliness as two old friends get together in “Put Those 80s Records On.” But whether Crozer was feeling upbeat or otherwise, there’s a lot to enjoy here. The harder hitting “I Need A Vaccination” and more techno-oriented “Broken Out In Love” are just two of the highlights.
Posted by Terry Flamm at 2:03 PM