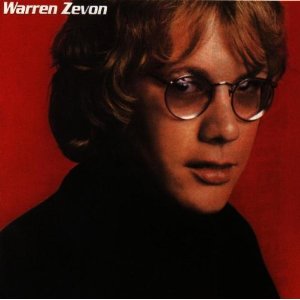 Earlier today, I posted an original tale about a werewolf. Here’s a Halloween song profile that has appeared in the past here on BHT.

By the way, anyone looking for some Halloween fun in an alt rock vein should drop by Durty Nellie’s  in Palatine tonight. The club is holding an event called Halloween Madness that features five bands performing as Alkaline Trio, Blink 182, Weezer, The Black Keys, and Rancid. Admission is $10, $7 with a costume.

Although Warren Zevon had been an active singer-songwriter for several years before Excitable Boy dropped in 1978, it was his first album to achieve major commercial success. It also established his dark sense of humor, particularly on the title track and “Roland The Headless Thompson Gunner.”

On “Werewolves Of London,”  Zevon’s jubilant piano playing and boisterous howl celebrate the violent antics and fashion choices of a homicidal beast. Zevon is joined by veteran session guitarist Waddy Wachtel (who along with singer-guitarist LeRoy Marinell helped Zevon write the song) and the Fleetwood Mac rhythm section of bassist John McVie and drummer Mick Fleetwood. The lyrics range from the graphic “He’ll rip your lungs out, Jim” and “Little old lady got mutilated late last night” to the classic understatement, “Lately he’s been overheard in Mayfair.”

Zevon conjures a trendy werewolf cruising Soho for beef chow mein and sipping a tropical drink at Trader Vic’s. Later, Lon Chaney appears with his son and the Queen, making this a full-fledged Halloween party.
Posted by Terry Flamm at 5:53 PM