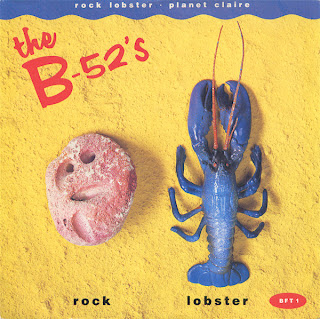 Before moving on to a re-post of a Halloween song profile with an updated intro, here’s another option for Halloween fun this year.

I’ve already mentioned the multiple-band tribute shows coming up on the weekend before Halloween at Martyrs’ and The Abbey Pub. This past Friday when I went to check out Dot Dot Dot at Durty Nellie’s in my hometown of Palatine, I noticed a poster for the club’s Halloween Madness event on Wednesday, October 31st.

Described as Bands In Musical Disguise, it aims to mix customers in costumes with local musicians pretending to be famous ones. The emphasis is on alternative rock, as August Premier will perform as Alkaline Trio; Farraday covers Blink 182; Slam Dunk Music Co. takes on Weezer; Circus Bear portrays The Black Keys; and The American Autumn will be Rancid.

According to Reuters, astronomers have discovered a distant planet that’s comprised mostly of diamond. It has pink air and all the trees are red. No one ever dies there. Wait a minute, those last two lines are about “Planet Claire,” the fictional orb concocted by The B-52’s on their self-titled debut album. Back in 1979, there had never been a group like them before. The B-52’s used oddball instrumentation, like a toy piano, a fire alarm, and a walkie talkie. And their lyrics were pure nonsense.

Opening with a lengthy instrumental passage that features eerie keyboards, “Planet Claire” introduces an unnamed alien who comes from the title planet via a Plymouth Satellite that she drives faster than the speed of light. Like all Clairelings, she doesn’t have a head, so it’s hard to imagine how she could see where she’s going. Then again, you could say the same thing about Earthlings who text while driving.

Vocalist Fred Schneider affects an appropriately silly tone throughout the song, especially when he screams, “WELL SHE ISN’T” in response to speculation that the alien is “from Mars or one of the seven stars that shine after 3:30 in the morning.” Unlike other outer space invaders, the visitor from “Planet Claire” doesn’t appear to have any evil plans. She’s been partying here on Earth for three decades at this point, and just might one of The Kardashians.
Posted by Terry Flamm at 10:33 PM