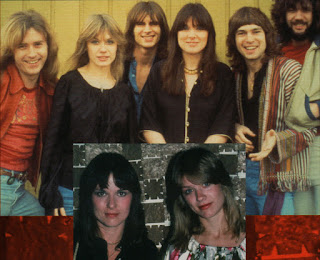 Depending on where you live and when you’re reading this, you might still have time to catch Dot Dot Dot’s 11:00 PM show at Durty Nellie’s in Palatine tonight. It’s a sort of homecoming for the well-traveled co-ed band after a summer of non-stop gigs on the street fest circuit. Dot Dot Dot plays an energetic mix of cover tunes and originals. Tickets are $7.00

Black Forest hosts The Summer Of Love Show!, which will feature a number of acts covering mid-1960s music, tomorrow night at Curt’s Cafe in Evanston. The fun starts at 7:00 PM.

The Rock And Roll Hall Of Fame has announced its nominees for 2013 induction, and once again, I’m pulling for Heart. As Ann and Nancy Wilson point out in their new book, Kicking & Dreaming, they introduced the concept of women writing and playing their own hard rock music. If Heart is inducted into the Rock And Roll Hall Of Fame, you have to wonder how many current and previous members will be invited to the ceremony. This year’s list also includes The Paul Butterfield Blues Band, Chic, Deep Purple, Joan Jett And The Blackhearts, Albert King, Kraftwerk, The Marvelettes, The Meters, Randy Newman, N.W.A., Procol Harum, Public Enemy, Rush, and Donna Summer.

Mary-Arrchie brings its acclaimed production of Superior Donuts to the Royal George Theatre October 31st through November 25th. The theatre has a more musically-inclined event coming up on November 9th with Carlo’s Celebrity Care-aoke Cavalcade. Several local musicians and actors will be performing as well-known rock stars. Carlo Lorenzo Garcia, who has directed his share of Mary-Arrchie productions, will be David Bowie; while others will be covering Tom Jones, Queen, U2, Bonnie Raitt, Prince, The Pixies, Pat Benatar, Louis Armstrong, and Guns & Roses. Admission is $15 in advance, $20 at the door, and all proceeds will help fund Mary-Arrchie’s upcoming production of The Glass Menagerie.

Expo 76, an eclectic covers band comprised of veterans of Chicago’s cutting edge rock scene, have a number of gigs coming up, including their monthly appearances at Simon’s on November 14th and December 12th. They’ll also be taking part in Navy Pier’s Big Halloween Party on October 26th, and will at City Winery on November 13th, FitzGerald’s on November 15th, and the Hideout on December 8th.

Guitarist Joe Jammer, who grew up on Chicago’s southwest side, and became a well-known session musician and solo performer, was a speaker and performer at a press party in London for veteran rock critic Barney Hoskynt’s new Led Zeppelin book, Trampled Under Foot. Jammer is currently on tour in the UK.

Black Ensemble Theater takes a slightly different approach to its tradition of spotlighting some of soul music’s biggest  stars, with One Name Only - A Different Kind Of Reality Show. The new production is already garnering rave reviews and runs through November 11th.
Posted by Terry Flamm at 11:02 PM