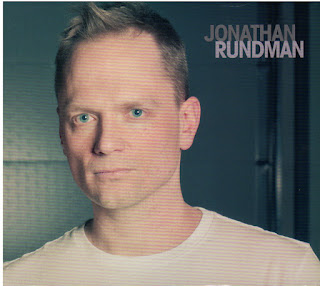 
After recording a collection of Finnish folk songs with Sara Pajunen as a duo named Kaivama in 2011, Jonathan Rundman now takes stock of his solo career with a self-titled retrospective. He draws songs from four earlier CD’s; giving a few new arrangements, and throws in some previously unreleased material. The 20 tracks showcase Rundman as a singer-songwriter who explores offbeat subject matter through clever rhymes and easy-going melodies.

“Carol Of The Bells” and “Ashes” are fun but not overly irreverent tales of growing up Catholic from his 2000 album, Sound Theology, and the sassy “Smart Girls” was pulled from 2004’s Public Library. “I Thought You Were Mine,” originally recorded for the 2008 release, Insomniaccomplishments, features Rundman in a heartfelt duet with Heatherlyn Hamilton-Chronis, while the acoustic “You Never Last Where You Land,” from the 2004 Tennesota, depicts an unpredictable girlfriend. The previously unreleased “That Man Upstairs,” which features Beki Hemingway on backup vocals, is an engaging folk rock tune reminiscent of Steve Goodman.
Posted by Terry Flamm at 8:52 PM