CD Review: The Silencers - Dance To The Holy Man 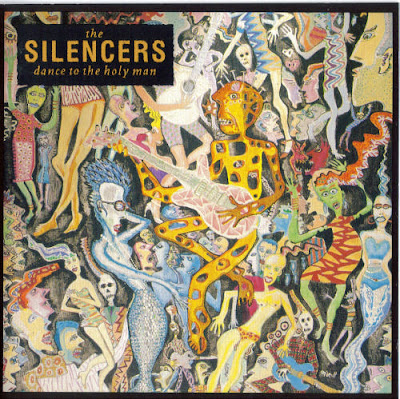 Note: This review originally appeared in the Illinois Entertainer in 1991.

As the title suggests, there’s a spiritual theme running through this latest release from the UK band, The Silencers. That’s not surprising since lead vocalist and guiding light, Jimme O’Neill, had woven religious imagery and moral implications throughout his lyrics on the band’s first two efforts. Dance To The Holy Man explores a variety of musical styles and gives O’Neill and lead guitarist Cha Burns a chance to pay homage to their previous band, Fingerprintz.

The Silencers rework “Bulletproof Heart” from Fingerprintz's undiscovered punk/pop masterpiece, Distinguishing Marks, by replacing the menacing guitars with a synth-based arrangement. It’s still a harrowing depiction of urban violence, and serves as a reminder of the days when O’Neill’s songs were obsessed with the darker side of life. By contrast, Holy Man looks at the world from a number of different angles. “Hey, Mr. Bank Manager” is a bluesy reworking of The Beatles’ “Taxman,” while “The Art Of Self-Deception” is a soulful ballad. “Just Can’t Be Bothered” is a breezy, Country & Western flavored tune about wasting away a summer afternoon.

Fans who first discovered The Silencers via their pulsating politically-charged hit, “Painted Moon,”

will enjoy the guitar-driven “This Is Serious/John The Revelator,” while “Rosanne” is an appealing folk ballad. O’Neill is still one of rock’s more provocative songwriters, but through his work with The Silencers, he’s working with an expanded musical palette.