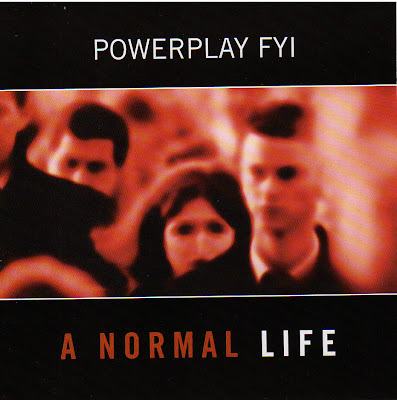 PowerPlay FYI has 10 members and that’s not including the various guest musicians helping out on the Chicago-based band’s debut CD. The tracks on A Normal Life, written for the most part by keyboards player-vocalist Ruben Agosto, explore various forms of urban contemporary and Latin music. It’s a strong effort from a group that makes its bread and butter playing cover songs at weddings and venues like Green Dolphin Street and Navy Pier.

The melodic title track evokes Robert Cray while depicting the chaotic lifestyle of musicians who also hold down day jobs, and concludes, “The cost can bring you tears/Yet I’d do it all again.” Singer Pamela Fernandez shines on “The Power Of Love,” a smooth ballad that sounds like an old standard updated with soulful horns and a sophisticated vocal arrangement. It’s got great potential as a hit single.

“Amparo,” a song about unrequited love, was obviously influenced by the Latin rhythms and sizzling guitar of Santana, while guitarist David Morales’s “Crazy Music” is an energetic call to party. A breezy reprise of “A Normal Life,” with the emphasis on harmony vocals and piano, deftly underscores Agosto’s line about, “the sound is tight.”