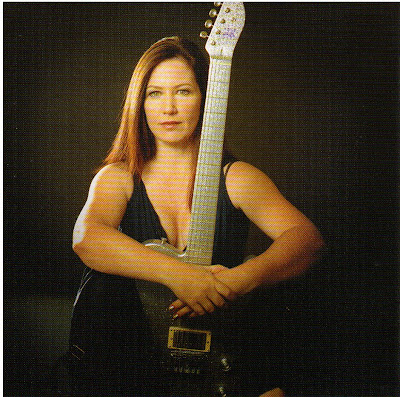 Before moving on to the review, which originally appeared in the Illinois Entertainer, I’d just like to express how sad I feel about the death of Davy Jones. The Monkees were one of the first bands I followed when I was a teenager. Dismissed by some rock fans as bubblegum, they nevertheless brought a gritty, emotional feel to songs like “(I’m Not Your) Stepping Stone” and “She.” There was also the satire of “Pleasant Valley Sunday” and “Your Auntie Grizelda,” along with the band’s more experimental moments, particularly with Frank Zappa and the film, Head. Farewell, Davy. And thanks for all the fun.

If you’re one of the over 9,000 people who follow singer-bassist Kathy Valentine on Twitter, you know she’s still very active on the music scene. She’s a member of The Go-Go’s, who’ll be performing at the AIDS Assistance Program’s Evening Under The Stars benefits on May 3rd and May 5th in California, and she also writes for and produces other bands. Here’s a look back at a solo effort she released in 2005.

Kathy Valentine of The Go-Go’s swaps her bass for lead guitar on Light Years, which like her band’s 2001 reunion CD, packs quite a punch. She gets solid support on this self-released solo debut from Clem Burke from Blondie, Ace Frehley from Kiss, Pete Thomas from The Attractions, and Gilby Clarke from Guns N’ Roses. The self-described “Texas rocker chick at heart” plays loud and fast, particularly on a cover of Gary Myrick’s “Guitar, Talk, Love, & Drums.”

Valentine frequently creates a girl group sound by overdubbing her vocals. The anti-religious “Creation Myth” features a slinky bass line and hip hop rhythms, while the psychedelic “Happy Endingless” and “Until Then,” a cautionary tale about making the most in life, are the only slow tracks. Otherwise, Valentine rocks out consistently.