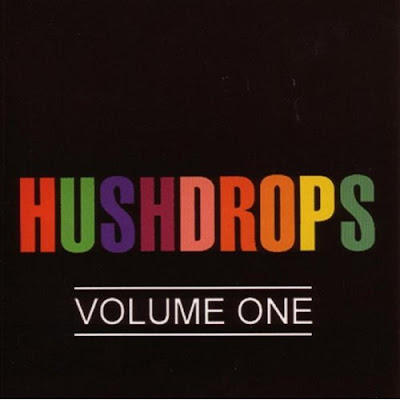 The ambitious scope of the Hushdrops’ full-length debut may surprise those who remember the Chicago duo’s psychedelic tunes like “Snow” or “Myrtle” on local compilations. Volume One, which arrives after more than 10 years of performing, finds John San Juan (vocals, guitar, piano) and Joe Camarillo (vocals, drums, guitar) covering a lot of ground with help from an assortment of guest musicians.

The hard-hitting though optimistic “Summer People” is a melodic song that was covered earlier by The Webb Brothers, and “Miami Rap” taps into 1960s garage roc. “Macho” is slow and soulful while “Cold Harbor Lane” works as a jazz-influenced instrumental.

The melodic love song, “Emily,” features spirited backup vocals from Carolyn Engelmann, Elizabeth Elmore, and Laura Katter. The three women takes turns singing lead on “Here She Comes,” an energetic track that recalls the English band, Lush. Ultimately though, Volume One is about the tight harmonies and spirited musicianship San Juan bring to a variety of songs.