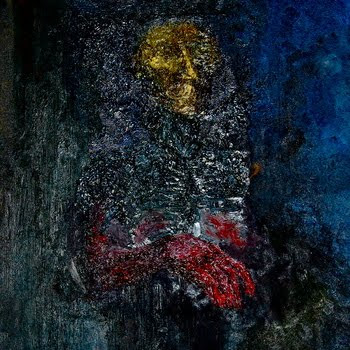 The melancholy tone that drifts through the 11 techno pop tracks on English Kills is usually employed for the purpose of dark humor. Singer David Mosey recorded this digital album at various locations around the U.S., with several musicians lending a hand. Producer Joe McGinty (Psychedelic Furs) gives the shimmering guitars and keyboards plenty of atmosphere while Mosey delivers busy, twisted wordplay in a deep voice that evokes David Bowie in a chatty mood.

On the melodic “Tuesday Happens All The Time,” Mosey wonders why an attractive woman looks so forlorn and discovers it’s because she’s reading a newspaper. They remedy the situation by going back to his place to listen to Phil Spector records. The dark and theatrical “Strange Company” finds Mosey swapping the Thin White Duke for Danny Elfman as he advises people not to mourn his death because he’s got plenty of things to do in the ground. “Baritone Walls,” with its steady beat and horns is reminiscent of The Psychedelic Furs, while the cryptic “There’s One Last Thing” is set to acoustic guitars and percussion.

English Kills is currently only available in digital format at Mosey’s website and bandcamp page, but he hopes to have physical copies ready at some point in the future.