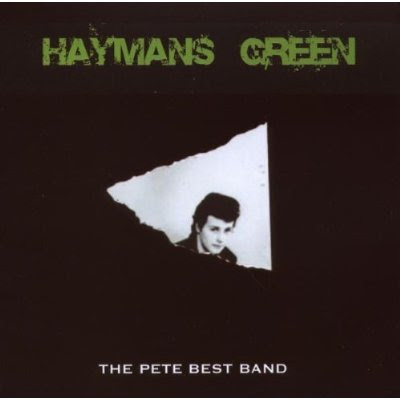 Original Beatles drummer Pete Best and his band (a newer one, not the Fab Four) released the underrated Haymans Green back in 2008. Named after a well-known street in Liverpool, it’s a thoughtful collection of songs about life, love, and survival, set to gorgeous melodies. Best co-wrote the 11 tracks with his brother, drummer Roag; guitarist-vocalist Phil Melia; and guitarist-keyboards player Paul Parry. Neither of the Best brothers sang on the CD; the lush harmonies were crafted by Melia, Parry, and guitarist-vocalist Tony Flynn.

The opening track, “Come With Me,” entices the listener to travel via music, using an exotic arrangment and heavenly vocals. Some of the slower material, like “Dream Me Home” and “Everything I Want” blends together, but the fun and energetic “Red Light” calls to mind Best’s former band mate Paul McCartney, and “Beat Street” is a swinging instrumental. The fetching melodies on “Gone” and “Broken” make them irresistible, and the title track taps into mid-1960s British psychedelia.