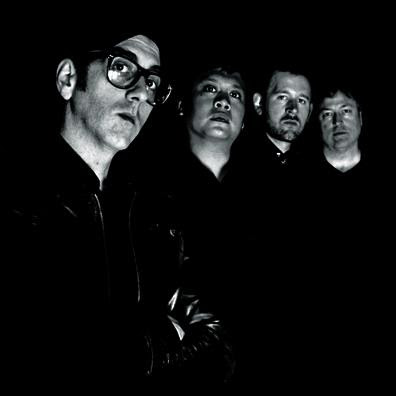 Wes Hollywood is coming to International Pop Overthrow in Chicago. Hopefully with songs from a new CD.

International Pop Overthrow, David Bash’s vagabond celebration of indie rock and power pop, kicks off the 2012 season with a visit to San Diego this weekend. All four showcases will be held at the Eleven club and the roster of artists includes the unstoppable Dave Rave, The New Kinetics, Sue Hedges, The Cherry Bluestorms, and The Swarm. After San Diego, IPO moves on to Phoenix and the Hollywood Alley club for the weekend of March 2nd & 3rd. Then it’s off to Detroit for shows at Paycheck’s Lounge from April 12th through the 14th.

International Pop Overthrow visits Chicago from April 19th through 28th with a whopping 13 showcases at Redline Tap. Unfortunately, The Abbey Pub is not involved this year. Some of the tried and true Windy City talent lined up includes Aaron Fox & The Reliables, Go Time, The Valley Downs, Mimi Betinis (from Pezband), The Pop Dollys, The Abbeys, Phil Angotti, The Webstirs, The Luck Of Eden Hall, Wes Hollywood, The Queue, Red Plastic Buddha, 92 Degrees, Magatha Trysty, Squeegee, and The Goldstars. Notable out-of-town visitors include Dave Rave, Trolley, and Jeremy.

The lineup changes for each city, so it’s a good idea to check out the new, improved IPO website for links to most of the acts who’ll be participating. After Chicago, there are 12 other cities on Bash’s 2012 itinerary.

The Napervillain MILFs, a four-man cover band that takes pride in its unconventional choice of material (Husker Du, The Ramones, The Donnas, Naked Raygun, to name a few examples), will rock their first headlining gig, at Game Pazzo, in Downers Grove tomorrow night. Show time is 10:00 PM.

The next round of Jokes4Miles events takes place on Saturday, February 25th, at Leona’s restaurants in the Chicagoland area. To recap, veteran stand-up comedian Len Austrevich is determined to collect 5,000 videotapes of individuals telling a joke to his son. Miles Austrevich has brain cancer, and he gets a big boost from watching the clips while he’s going through therapy. Anyone interested in participating can visit the nearest Leona’s on the 25th, where a Jokes4Miles crew will be on hand with a camera from 5-11 PM.

“For this event, we’re getting a tremendous amount of support including 15,000 fliers, 10,000 promo business cards and a banner at each location,” Len explained in a recent email. “In addition, 100,000 emails will be sent out promoting this event as well as a viral and press push.” People can also create their own videos and upload them at the Jokes4Miles website.

Trolley, whose Things That Shine & Glow was one of my choices for Top 10 CDs of 2011, will be performing tomorrow night at The Cactus Club in Milwaukee, along with synth rock band The Melismatics, and the hard pop outfit Revolush. The Melismatics are celebrating the release of their CD, Mania.

It was a kick seeing actress Catherine Tate, who played the wisecracking but fearless Donna Noble on Doctor Who a few years back, in a guest role on the American version of The Office last night. Tate revived her Nellie Bertram character, who first appeared toward the end of the 2011 season as as a not so well adjusted potential replacement for the departing Michael Scott as manager of Dunder Mifflin’s Scranton branch. Bertram was even more daft in this new episode, so here’s hoping we’ll see her character continue on The Office.

Speaking of Doctor Who, The Nerdist, a fun and informative website that focuses on all things sci-fi and beyond, recently reported on an upcoming comic series that mixes the long-running Brit show with Star Trek. According to writer Kyle Anderson, Assimilation 2 finds the 11th generation Doctor (played by Matt Smith on the telly) joining forces with Captain Jean-Luc Picard (Patrick Stewart) of the Enterprise in order to defeat both the Cyberman and the Borg. Look for IDW Comics to release the first installment in May.

Brian Slupski reports on the Palatine Patch website that Shishonnah, a Celtic music duo comprised of vocalists Liz Madden and Jenne Lennon, will be performing at the St. Paul United Church in Palatine on St. Patrick’s Day. The concert starts at 7:00 PM.

There’ll be a gathering of punk and new wave veterans at Reggies Rock Club in Chicago on March 1st. Glen Matlock, former bassist with the Sex Pistols, and Hugh Cromwell, onetime vocalist of The Stranglers are sharing the bill, and they’ll be joined by Clem Burke, who played drums with Blondie. Chicago area indie band, The Handcuffs are the opening act.