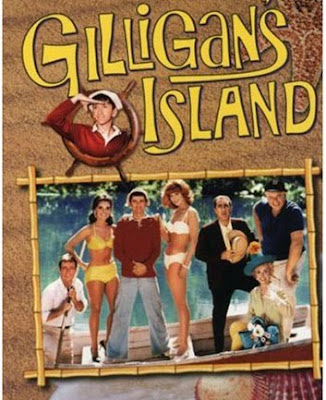 One Big Honor From His Honor. Newly elected Chicago mayor Rahm Emanuel proved he was a tech-savvy guy by embracing the fake Emanuel who was satirizing him on Twitter. Now Emanuel is doing something special for those of us in the blogosphere, with his One City One Blog program. Each day, Chicagoans will be directed to read a different blog. Broken Hearted Toy is penciled in for July 25th, which happens to be my birthday. It will be a bit odd having thousands of hits that day instead of my usual 30 or 40, so I’ll have to spruce the place up a bit, and maybe serve some tea and cookies. I really appreciate this honor, especially since technically I’m breaking the blogger Chicago residence requirement by living in Palatine. Oops, maybe I shouldn’t have mentioned that.

Hey Mister On The Radio. I’m also very excited to announce that I’ll be hosting a two-hour radio program called Hanging With The Hollies this Sunday morning on WXRT. The show will air from 8:00 AM to 10:00 AM in the slot normally occupied by Breakfast With The Beatles. XRT personality and Breakfast host Terri Hemmert has graciously agreed to give me this one-time only opportunity, and I plan to make the most of it. In addition to playing all the hits by The Hollies from their earliest days up to their latest CD, Then, Now, Always, I’ll dip into the solo efforts from Graham Nash, Allan Clarke, Terry Sylvester, Carl Wayne, and Mikael Rikfors. I’ll also give a rundown on all the Hollies tribute bands playing around town this weekend, and have some exclusive info on Fest For Hollies Fans, which is coming to Rosemont in August.

I’ve got so much work to do for the Hanging With The Hollies show, I’m going to fill the rest of today’s Slumgullion with items taken from the local newspaper, Piddington Topics & Diary. So, here we go:

Mayoral Candidate Apologizes For Comparing Opponent To The Demon Barber Of Fleet Street. Piddington trustees Caymen Wendt and Doug Grotti have been locked in a bitter campaign to become the town’s next mayor for several months, but Wendt now concedes he misspoke by comparing Grotti’s murder spree to the killings depicted in the Stephen Sondheim musical Sweeney Todd. The comparison was made at a rally where Wendt was criticizing Grotti’s well-known practice of bludgeoning homeless men and dumping their bodies in the Des Plaines river. Sam Pilfer, Grotti’s campaign manager, dismissed Wendt’s apology as too little, too late. “It’s a gross misstatement of the facts,” Pilfer complained. “Doug Grotti has never chopped up his victims and served them in pies to unsuspecting people. Mr. Wendt should be ashamed of himself!” Wendt promised to be more careful with his choice of words in the future. Meanwhile, three more homeless men have gone missing.

Puppets Gone Wild. Piddington police had to be called to the town library earlier this week when several puppets, who had just performed in a children’s show, became disorderly. Witnesses said the puppets appeared to be intoxicated even before taking the stage, and an after-show bash only added to the problem. One puppet set fire to to a rack of magazines, complaining that his agent had assured him People would do an article about him and his goddess housekeepers; while a female puppet, already on probation for substance abuse, stole a librarian’s necklace. As she was being cuffed, the puppet repeatedly screamed, “Don’t you know who I am? I’m Mr. Jitters’ daughter!” Mr. Jitters is a Chicago-based puppet mostly known for performing with the Famous In The Future comedy group, as well as for crude public behavior. After posting bail, the puppets signed a deal to appear at the Chicago Theatre later this Spring.

Just Sit Right Back. If you’re among the thousands hoping to find employment at the new casino that will be opening soon in Des Plaines, you might want to wear a sailor cap to your job interview. That’s because the gambling venue is going with a Gilligan’s Island theme based on the critically-panned but much-loved 1960s sitcom. Cocktail waitresses will have the option of dressing like Ginger or Mary Ann, and guides, called ‘Little Buddies,’ will take visitors on (what else?) a three hour tour of the facilities. Of course, gamblers hope they’ll be leaving as rich as Thurston Howell, III.