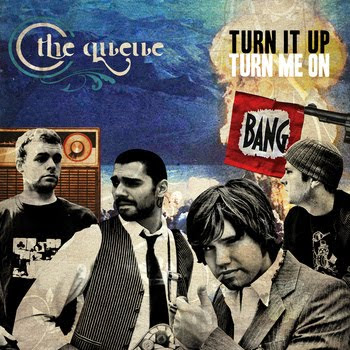 My International Pop Overthrow - Chicago preview, which includes comments from promoter David Bash and six participating musicians, can be found online at the Illinois Entertainer.

International Pop Overthrow opens a 10-day stand in Chicago tomorrow night with an all-local showcase at The Abbey Pub on Chicago’s northwest side.

The Queue has the honor of being the first band out of the starting block for this year’s IPO - Chicago. Its British Invasion style pop is fronted by vocalist-guitarists Sean Michael and James Marshall Duich, who excel at creating harmonies. The band should have copies of its new EP Turn It Up Turn Me On for sale.

The ambitious Panoramic & True is led by singer-guitarist John Lennox, and frequently fields as many as eight players onstage to create its catchy indie rock. Songs like “Body And Mind” mix guitars and violins within energetic arrangements.

Common Shiner performs acoustic mainstream rock on tuneful songs like “Faith And I” and “Over The Rhine (And Out Of My Mind).”

The Luck Of Eden Hall is an adventurous outfit that can meld psychedelic elements within hard-hitting rock on “This Weather’s Better For Velvet Clothes” or take a dreamier approach on the lush “Silly Girl.”

The Elements of Style will close out the first night of IPO - Chicago 2011 with songs that artfully mix shimmering and frenetic guitar playing. This aptly-named band specializes in melodic songs like “When I Close My Eyes.” and “Rock & Roll Is Dead.”