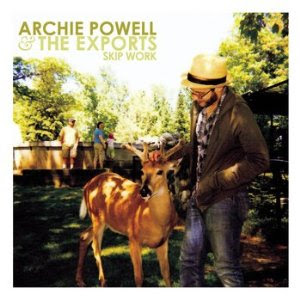 International Pop Overthrow - Chicago moves into its first weekend of 2011 with a seven-band line-up at The Abbey Pub tomorrow night.

Magatha Trysty, a co-ed quartet led by the guitarist-vocalist Christopher Bevard and his wife Catherine on keyboards and vocals, is back for its second year of playing catchy pop with fun girl-guy vocal interplay. The band has released an impressive three-song CD and is working toward recording a full-length effort.

Suzy Brack & The New Jack Lords create a party atmosphere with high energy rock on songs like “Who’s Your Boyfriend,” while “Red Headed Gals” finds them mixing in a bit of rockabilly swing. They’re veterans of IPO and the Chicago club scene in general.

It’s only natural that the guys from Swinger (couldn't find a website for them, but I have one of their CDs from a few years back) have notched several IPO appearances, since their melodic tunes about the joys and frustrations of romance are grounded in pure power pop sensibilities.

With a name like This Magazine Is Haunted, it’s a safe assumption that this four-piece band has a sense of humor. Songs like “Fight The Spider Of Love” and “The Czar Of Ohio” bear that out, but they feature catchy melodies and harmonies as well. These guys are also IPO veterans.

Weekend Vinyl’s version of power pop is a little more sedate than other practitioners, with harmony vocals and a touch of folk rock.

Watershed, the Columbus, Ohio band led by vocalist-guitarist Colin Gawel, performs songs that range from the close-to-punk energy of "Black Concert T Shirt" to the more commercial fare of "Obvious" and "Superior."

I was one of several critics who praised Skip Work, the recent effort from Archie Powell & The Exports. My review in the Illinois Entertainer compared the group to Fountains Of Wayne, but with an added dose of slacker angst. Some of Powell’s catchy songs poke fun at the lifestyle of aspiring rockers.