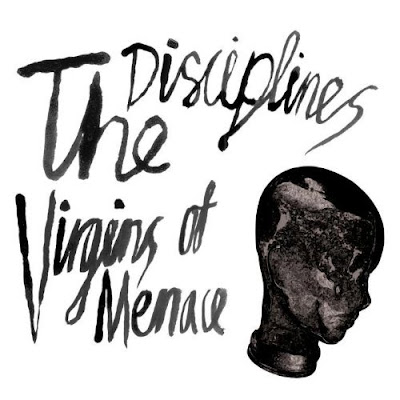 Virgins Of Menace blows away any doubts left over from this international outfit’s promising but uneven 2008 debut, Smoking Kills. Comprised of lead vocalist-guitarist Ken Stringfellow of The Posies and members of the Norwegian band Briskeby, The Disciplines have forged their own identity behind a dozen hard-hitting tracks. It’s a bitter and angry effort that often achieves the intensity of vintage punk rock.

As Stringfellow slaps the listener around with a mix of sarcasm, putdowns and politically-charged imagery, guitarist Bjorn Bergene, bassist Baard Helgeland, and drummer Ralla crank out the high speed arrangements. “You only destroy what you hold in your hand,” Stringfellow warns on the garage rock of “The War’s Not Over!!!” and on the catchy “Take Off That Halo,” he asks, “You think they’re gonna solve it? What if they don’t want to?” “Complicated Times” evokes vintage Buzzcocks, while “Everything Forever (Pig Wars) has more of a hard rock stomp. Even the more nuanced “Emily” finds a lover weighing the pros and cons of a relationship, and wondering, “Is the glass even half drinkable?”