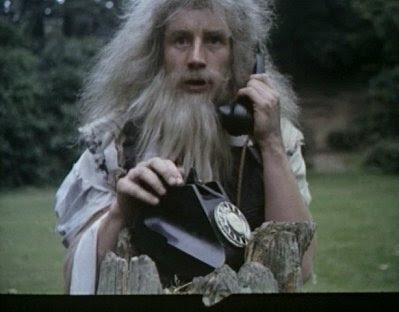 Today’s post has nothing to do with the Monty Python TV show, but I couldn’t resist using this image to go with a pair of reviews of the Chicago band The Its! I did a while back for the Illinois Entertainer. The first review is for a four-song demo, and the second is for a full-length CD released in 2005. Unfortunately, it looks like the group has since split up, judging from my unsuccessful search for them on the internet. If I’m wrong, someone please let me know. And now, It’s - - -

Demo: The Its! could easily pass for a U.K. punk band from the early 80’s on their self-titled four song demo, thanks to the working class charm of single-named guitarist-vocalist Maciej. “Take A Number,” “Pay No Mind,” and “New Beginnings” are energetic tracks that grow more complex via Eric’s keyboard playing. “In Your Pocket” sports a more raw sound but still benefits from the band’s ability to create strong hooks.

CD: The Its! continue to impress with their latest release, a full-length, self-titled CD that captures the essence of working class U.K. bands like The Clash or Squeeze. Lead vocalist Maciej serves as a likable everyman while searching for love, employment, or some fun on the weekend. “I Just Wanna” is irresistibly catchy while the more ambitious “You’re Not My Girlfriend” deals with a stalker.