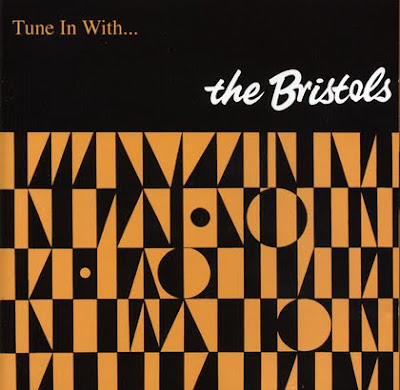 Released in 2001, this second effort from The Bristols taps into the original British Invasion with so much authenticity that a number of songs sound like “Look Through Any Window” era Hollies with a female vocalist. Fabienne Delsol is equally impressive singing romantic material that evokes Lesley Gore and Petula Clark. The Bristols also dabble in rock-a-billy, but regardless of what style they take on, the melodies are consistently irresistible.

“I’ll Be Gone,” with its loping bass line, is reminiscent of those old R&B covers The Beatles used to transform into revved up rock and roll, while the more ornate “Romeo And Juliet” is a medieval style ballad, like “Lady Jane” by The Rolling Stones. “You’re A Moody Guy” and “So Fine” have that Hollies thing going on, and The Bristols add a touch of Country & Western to the very Byrds-like “A Picture Of You.” “Baby I Got News For You” aims for the later 1960s, with a psychedelic arrangement that evolves into some serious jamming toward the end. And for a bit of extra fun, The Bristols toss in “Old Man Mose,” a spooky rock-a-billy romp about an elderly guy who kicks the bucket.

As much as I enjoyed In Tune With . . ., this was not The Bristols I had set out to find. As a longtime fan of The Smithereens, I once saw an online reference that the song, “Behind The Wall Of Sleep” was inspired by Pat DiNizio’s infatuation with the bassist for an all-woman band called The Bristols. I made a note of that with the intention that I would some day look them up. By the time I got around to checking out Amazon and iTunes, I wasn’t as sure about the all-woman band part, and since these Bristols had a female member who looked like someone a guy could get a crush on, I figured my search was over. Besides, these songs sounded like something DiNizio would dig. So I bought the CD and set about writing a review.

Luckily, before I added a note stating Fabienne Delsol was the inspiration for “Behind The Wall Of Sleep,” I decided to double check on the internet again. Turns out, there was an all-woman band called The Bristols, who hailed from Boston, and it was their bassist, Kim Ernst, who had snagged DiNizio’s heart by standing just like Bill Wyman and having hair like 1960s model/actress Jeannie Shrimpton. By the way, there is at least a third band called The Bristols. They’re a British Invasion tribute band who will be part of this year’s Abbey Road On The River Festivals in Washington, D.C. and Louisville.

You know that PBS show, History Detectives? They should have a rock and roll version.

Index: The Bristols, The Smithereens