Gabba Gabba Get Together At The Abbey 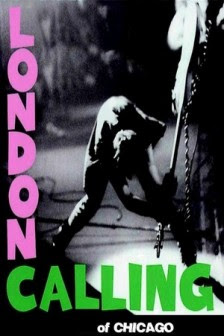 The moment I saw a listing in last Friday’s newspaper for an upcoming triple tribute event at The Abbey honoring The Clash, The Jam, and The Ramones, I knew it had to be the work of the people at Last Rites. These promoters regularly book alt-rock gigs at the northwest side pub, and have staged multiple-act tribute nights around Halloween for at least the past two years. In addition to the good music offered, it’s a kick to see familiar faces on the local music scene taking on the personalities of their heroes. Their latest event will take place on Friday, February 11th.

The Chicago power pop band Who’s This Mary? were impressive while paying homage to The Cure at The Abbey last Halloween, so it’s highly likely they’ll embody The Jam with the same dedication. Gabba Gabba Hey stakes it claim on being the only Ramones tribute act in the history of Chicago and professes to be on a mission from God. Either they’ve been in contact with the three original members who have gone on to Rock And Roll Heaven, or they recently watched The Blues Brothers movie. The Abbey’s website doesn’t offer a lot of info yet on London Calling, other than that the Clash tribute band was formed in 2003, and includes a musician who goes by the name of Paul Simonpoulos.

The Clash, The Jam, and The Ramones? Might see if I can get there. Sounds like a fun time.