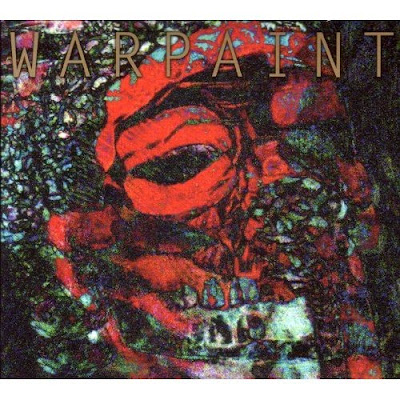 “Set Your Arms Down,” the first track on Warpaint’s full-length debut, The Fool, rolls in like an ominous, slow-moving dark cloud. The Los Angeles-based four woman band, which was tagged by numerous critics as one of the ‘must-see’ acts at this year’s Lollapalooza, weaves shimmering guitars and Stella Mozgawa’s dramatic percussion within bare-bones arrangements. The irresistible siren call of vocalist-guitarist Emily Kokal, mingling with harmonies/incantations from guitarist-vocalist Theresa Wayman and bassist-vocalist Jenny Lee Linberg, gives Warpaint’s cryptic lyrics an almost medieval ambience.

“Undertow” sports an alluring melody as Kokal sings about being taken to “the darkest part of the weather” and adds, “What’s the matter?/You hurt yourself.” “Warpaint” and “Shadows” manage to be both seductive and threatening, while Kokal sounds a little too possessive on the acoustic “Baby.” She’s more supportive on “Set Your Arms Down,” singing, “We walked through fire/My love was your flashlight.” Warpaint effectively adds some dance-oriented techno effects to “Majesty,” making it one of the standout tracks on this haunting CD.