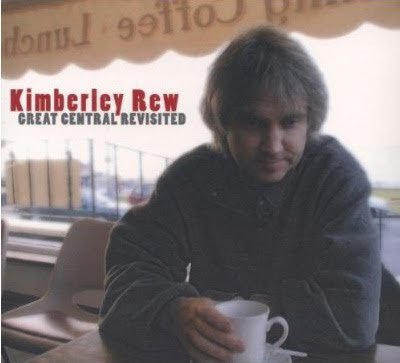 Kimberley Rew’s 2002 second solo effort finds the renowned singer-guitarist calling in favors from musicians he’s worked with in the past. Vince de la Cruz from Katrina & The Waves plays bass on most of the tracks, and Julian Dawson, who worked with Rew in the ‘90s, also makes a few guest appearances. Great Central Revisited is most notable though for reuniting Rew with Robyn Hitchcock and Andy Metcalfe of the short-lived but critically acclaimed Soft Boys.

Which is not to say that Rew’s music on the CD couldn’t have stood on its own. He exudes an easy-going expertise from the very first track, a chiming pop gem called, “Life Itself.” In addition to crafting irresistible melodies, Rew excels at clever lyrics. The guitar-driven “Philip Larkin” is a satire on sexual repression, and Rew and Hitchcock harmonize on the a cappella parable on intolerance, “Purple and Orange Stripes.” The catchy “June Barley” is the tale of a woman who leaves her hometown to become a famous TV star.