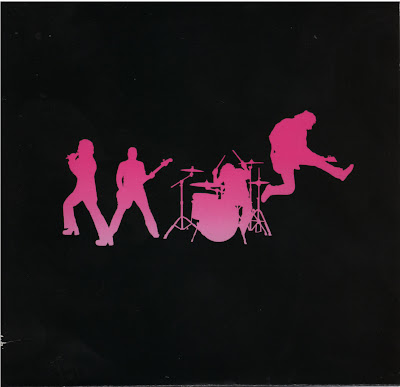 This 2007 self-titled debut from the Chicago band V Sparks should have made a bigger splash considering how successfully it achieves its grand ambitions. In addition to singer-keyboards player V, guitarist Prescott Kagan, bassist Mike Durband, and drummer Ashok Warrier, seven musicians were brought in to play violin, viola, and cello. And that’s not counting additional drummer Adam Heisler and double bass player Kyle Hernandez.

The major influences here are David Bowie and Mott The Hoople, although V Sparks obviously fancy the guitar-driven operatic sweep of Queen. The fun and catchy arrangements on “Red Love Suicide” and “Sweet Kiss” should also console those still mourning the breakup of Supergrass. Only one song is titled “Rock And Roll Lifestyle,” but co-writers V and Kagan touch on the subject throughout the CD. On the energetic “Phantoms,” V spits out terms like “we are all magazine” and “fashion style rendezvous” with bratty abandon. Kagan plays both acoustic and fuzzed-out electric guitar on the stinging satire of “Making Friends,” while “Superstar Masquerade” and “Leave Us Alone” brim with attitude and power.

Several songs kick off in high gear before shifting into elaborate epics built on huge choruses of voices and strings arranged by V and Hernandez. The nightmarish “Out Of Control” warns of impending disaster with depictions of citizens gazing up at some sort of aerial invasion. Reminiscent of “Bohemian Rhapsody,” it closes with V repeating the line, “This can’t happen here to you and me.”

According their MySpace page, V Sparks have a new EP coming out.