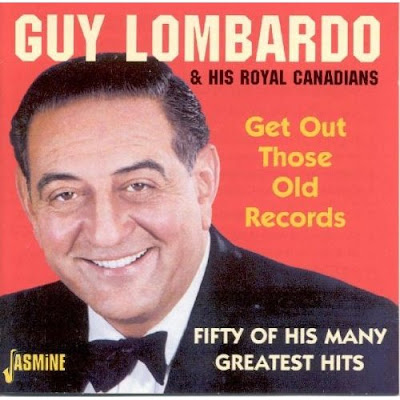 Here's an updated repost from New Year's Day, 2010. Unfortunately, the sentiment of having struggled through a tough year is still relevant, but hopefully 2011 will bring us all closer together.

I hope everyone made it home safely from last night's festivities.

One of the reasons people get so misty-eyed at the end of It’s A Wonderful Life is because the family, friends, and neighbors who have gather together to save George Bailey’s butt all start singing “Auld Lang Syne.”

The song has always had a bittersweet ambience: A celebration of the loved ones we’ve cherished throughout our lives, and a recognition that for one reason or another, many of them have moved on. John Lennon explored a similar sentiment with The Beatles on “In My Life.”

There was a time when just about everybody thought of Guy Lombardo when it came to “Auld Lang Syne” since he and his Royal Canadians played it every New Year’s Eve for years on radio and TV. Nowadays, probably nobody under 30 even knows who he is, although his version is available on iTunes. Somehow, it sounds particularly melancholy.

“Auld Lang Syne” continues to be covered by various musicians. The version by The Smithereens on Christmas With The Smithereens opens with the band harmonizing like a barbershop quartet before the guitars and drums kick in. From there, it morphs into a pulsating surf rock tune that’s predominantly instrumental.

My favorite version of “Auld Lang Syne” comes from a New Jersey band called The Cucumbers and can be found on the Ho Ho Ho Spice CD. The guitar-driven, slightly Celtic, power pop arrangement and Deena Shoskkes’s spirited vocals cast out any trace of sadness and offer instead an exhilarating sense of triumph. The journey’s over; the quest has been successful; we’ve won.

2010 was another grueling, emotionally draining year but we’ve survived it. Let’s hope for happier circumstances in 2011, but also understand that we’ll have to work hard, and do a much better job of getting along with each other.