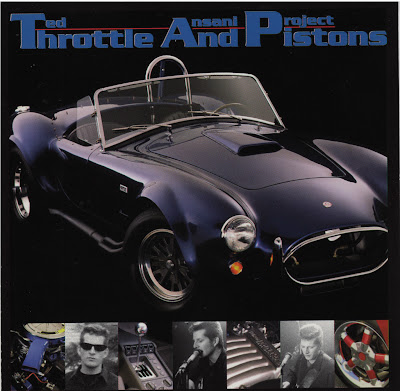 Material Issue bassist Ted Ansani dropped in on the WXRT show Local Anesthetic this past Sunday to chat with Richard Milne about the 20th Anniversary Edition of International Pop Overthrow the album, as well as Ansani’s upcoming Material re-Issue gig at International Pop Overthrow the festival. Ansani and his fellow Ish member, drummer Mike Zelenko, will be joined by singer-guitarist Phil Angotti in the role once held by the late Jim Ellison.

Local Anesthetic, a weekly program that casts a spotlight on up and coming Chicago music acts, is celebrating its 20th anniversary as well, and Milne has served as its host for that entire time. He has always come across as an avid supporter and fair-minded critic of the local scene.

Minutes before speaking with Ansani, Milne played a Local Anesthetic interview he had done with all three members of Material Issue, back in May, 1991. It was eerie but interesting to hear Ellison speak, as he explained his belief that it takes a lot of hard work to succeed as a band. The archive clip also included the trio performing a live, acoustic version of “Loneliest Heart That Beats,” which hadn’t been released yet at that time.

Returning to the present day, Milne conceded that some of the XRT air staff had expressed doubts about the upcoming re-Issue gig, but that he had assured them Phil Angotti was a talented musician. Ansani agreed that the singer-guitarist was up to the challenge.

“He’s been doing his homework,” Ansani told Milne. “He’s picking up many of the nuances that Jim had. He’s really nailing it vocally, and with his guitar work.”

Ansani, who has pursued a variety of projects since the demise of Material Issue, including the entertaining Throttle & Pistons CD with the Ted Ansani Project, said there are no plans to record new Material Issue songs. He, Zelenko, and Angotti will play the entire International Pop Overthrow at the re-Issue performance, which will be at The Abbey Pub on April 23rd, plus a few tracks from later albums.