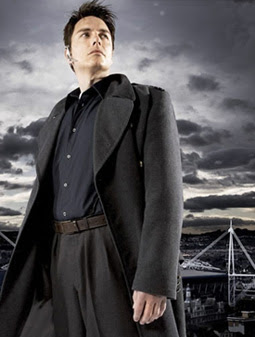 The Early Birds Are Chirping. The next two Saturdays are going to be fun and challenging for vinyl junkies. Next Saturday is Record Store Day (I’m hoping to post a preview soon), and tomorrow brings the 10th Annual Chicago Independent Radio Project (CHIRP) Record Fair to the Chicago Journeyman Plumbers Union Hall at 1340 W. Washington. The $7 admission gives you access to tons of records for sale, as well as live entertainment and Pop Quiz Trivia. There will be a pre-admission sale from 8:00 to 10:00 AM tomorrow. The price for getting first crack at all those musical treasures is $25. The Fair also runs on Sunday.

Gag Order. Jamie Masada, a stand-up comic with loads of experience in helping out worthy causes will be hosting the The Jokes 4 Miles Joke-a-Thon at the Laugh Factory club in Chicago on Tuesday, April 24th and Wednesday, April 25th. Jokes 4 Miles is a project run by veteran stand-up comedian Len Austrevich. He’s determined to collect 5,000 videotaped jokes for his son, Miles, who has brain cancer, and gets a huge emotional boost from watching the clips. The idea is to attract a mix of performers and people off the street to drop by to be videotaped telling a gag (preferably clean) for Miles. Another Joke-a-Thon will be held simultaneously at The Laugh Factory in Los Angeles.

Rock & Fashion. The past 20 years of rock music and its accompanying fashion trends seem to have zipped by in a blur. Fortunately, the U.K.-based Fashion Rider Blog has captured it all in an eye-catching chart that covers everything from Grunge queen Courtney Love (“A sick twist on childlike clothing”) to the military style associated with Britpop band, Oasis. I’m not sure what Chiptune is, but apparently it’s coming in the near future and involves wearing nothing but a t shirt and thigh-high boots.

Acoustic At The Cavern. When I reviewed Manchester-based musician Paul Hughes’s one-man band The Candy Strypers’ digital album, ¡contenidos caliente!, earlier this week, I mentioned it would be great to hear these catchy power pop songs in a live setting. I’ve just heard from Hughes that he’ll be playing an acoustic gig at The Cavern Club, as part of International Pop Overthrow - Liverpool. “I'm just totally psyched to play at the spiritual home of The Beatles,” Hughes wrote in an email, “who have always been my first musical love!” International Pop Overthrow - Liverpool takes place from May 15th through the 22nd, quickly followed by IPO - London, from May 25th through the 27th.

Bash Is Back. In the meantime, International Pop Overthrow - Chicago kicks off a ten-day run next Thursday. IPO CEO/Founder David Bash has opted to stage all of this year’s showcases at Red Line Tap. I'm hoping to post previews of the participating bands, starting early next week.

Head On A Platter. The Head, the young Atlanta power pop trio that impressed with its second CD, Hang On, has a new 7" vinyl single called “Tony” b/w “Gotta Fall” coming out May 8th. It’s a preview from their soon to be released third CD.