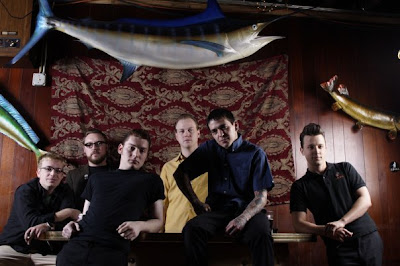 Note: These reviews originally appeared in the Around Hears section of the Illinois Entertainer.

Battlestations serves up new wave arrangements topped with the consistently quirky vocals of lead singer-guitarist D Sullivan and his harmonizing band mates on the nine-song CD, The Unicorn. At times the gimmick wears thin, but other tracks, like the rapid-fire “No Gold In The Crown” and atmospheric “Cancer Vader,” prove to be worthwhile adventures.

It has been a few years since Deal’s Gone Bad released new material but the ska band is in top form on its new “Far From Home”/“These Arms Of Mine” 7” single. The A-side seamlessly swings from easy-going ska rhythms to Motown exuberance as lead vocalist Todd Hembrook sings about life’s ups and downs. On the flip side, the band brings a tropical element to Otis Redding’s “These Arms Of Mine.” Both songs are also available in digital format.

Sunny Shadows, a duo comprised of musicians Pierogi and Circadian Bliss, offer eight epics brimming with ethereal vocals and lush keyboards on its debut, Coupled Lux Influx. A few tracks leave listeners drifting in space and the finale, “So So Mt. Fuji,” is dull and repetitive. The CD works best on songs like “Outlaw,” “On All Our Clouds,” and “Break In, Break Out,” where the synth beats are darker and more inventive.