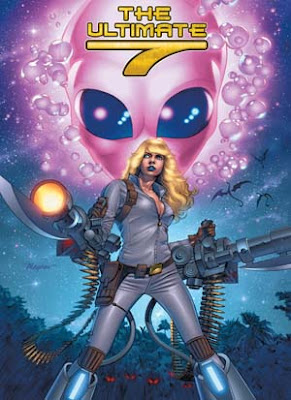 C2E2 may be shorthand for Chicago Comic & Entertainment Expo, but one of the C’s could just as easily stand for Creativity. As the annual event unfolded in Chicago this past weekend, there were promotions for new movies like Dark Shadows and The Raven, special presentations by DC and Marvel Comics, celebrities signing autographs, and countless people dressed as their favorite super heroes and villains. Other patrons, armed with cameras, seemed to delight in getting shots of unlikely character combinations like Batman alongside a Star Wars Stormtrooper.

A fan waiting in line to get an autograph from Anthony Daniels, the actor who played CP30 in Star Wars, fondly recalled last year’s C2E2, when he got an Amy Pond look-alike to pose with a guy dressed as the 10th Doctor from Doctor Who. Even though the two characters, played by Karen Gillan and David Tennant respectively, never crossed paths in the actual show, the fan said he was happy to get a pic of his favorite companion and the best actor to have played The Doctor. He paused a moment, and added, “Well, maybe Tom Baker was the best Doctor.”

The conversation had started when a family in line behind the fan asked about Doctor Who/Torchwood star John Barrowman, who was signing autographs at Table Six. The actor looked like he was having a blast, and a friend of mine posted on Facebook that Barrowman had the audience in stitches at a Q & A session earlier in the day. Other stars who dropped by over the weekend included John Cusack, promoting The Raven; Maggie Q from Nikita; Val Kilmer from Top Gun; and Nerdist website founder Chris Hardwick. Gail Simone (Wonder Woman); David Finch (The Dark Knight) and Frank Cho (Avengers VS X-Men) were among the famous visitors form the comic world.

Cruising through Artist Alley, where over three hundred up-and-comers were eager to talk about their latest projects, was a fun and eye-opening experience. Some had illustrated and/or written graphic novels in printed or online formats, while others made their art available via sketch books, posters, or portraits. Ashleigh Michelle Popplewell (gotta love that name) sold cool looking sketch cards of characters from TV and movies, while Black Action Tees & Prints offered vibrant t shirts with African American super heroes and urban contemporary bands like Cypress Hill.

It was easy to get caught up in Robert Wawrzyniak’s spirited description of the sensual Colonel Jennifer Rocket, who battles the Evil OverLord in The Ultimate 7. His graphic novel series is an imaginative take on how dinosaurs came to be replaced by humans. Onrie Kompan was standing in the aisle in front of his table, ready to greet people, hand them a business card, and explain why his YI SOON SHIN project is destined for greatness. He’s a polished salesman but genuinely friendly as he offers a deal on his graphic novels.

Going from table to table, I feel guilty about not buying anything after letting these artists go through their entire sales pitch. I’m genuinely interested in hearing their tales, and besides, it seems like it would be rude to just zip by. Although I do that as well - - some of the stuff is either annoyingly cute, overly violent, or the artist was straining too hard to be unique. I bought a Doctor Who bookmark showing the 9th, 10th, and 11th Doctors, and some Tom Baker stickers from Ashleigh Michelle Popplewell, to go with some Doctor Who/famous masterpiece mash-up posters I got at the Jesse Rubenfeld Illustrations booth.

You never know what could emerge from the creative hotbed of Artist Alley. Maybe in a couple years, someone dressed as the warrior and defender YI SOON SHIN will be posing alongside Superman and Princess Leia.