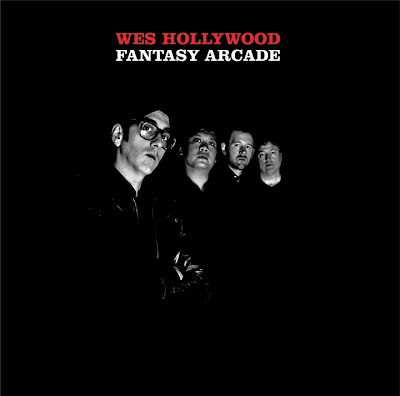 Fantasy Arcade marks the welcome return of Wes Hollywood, a Chicago singer-guitarist who first surfaced with The Wes Hollywood Show. The band’s 2003 effort, Moonraker, which I reviewed for the Illinois Entertainer, was filled with classic power pop tunes like “Instant Appeal” and “Place In The Sun.” Hollywood also played the club circuit and recorded a few CDs with the band tenniscourts.

The affable “It’s Good To See You” is similar in name and spirit to Cheap Trick’s great “So Good To See You,” and gets the album off to a fun start. On “Baby We’re Through,” Hollywood mixes a new wave approach with a touch of The Kinks as he ponders numerous reasons for leaving a relationship. “The Bell” is another break-up song, while Hollywood delves into social commentary with the defiant “New Society,” and crafts a wistful nostalgia on the title track and “City Streets.” “Lazy Yesterdays,” which calls for everyone to get off their butts and go out and accomplish something, is set to such an energetic arrangement, it’s easy to take Hollywood’s advice.

Wes Hollywood will be performing at Red Line Tap on Sunday, April 22nd, as part of International Pop Overthrow - Chicago.